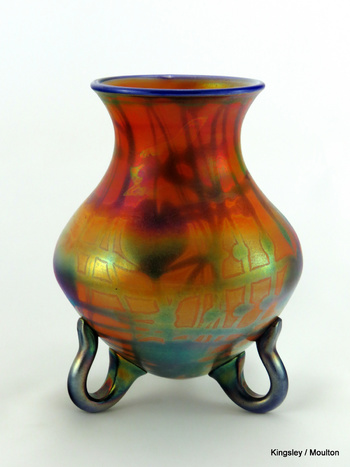 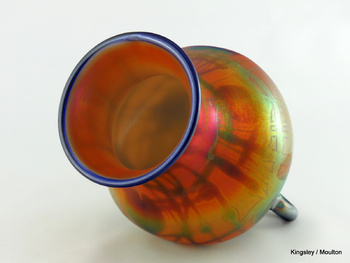 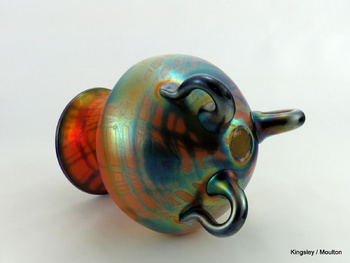 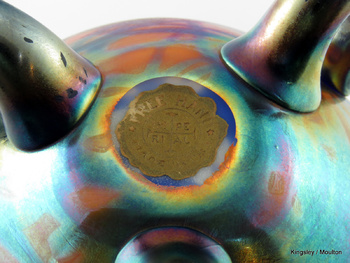 This Imperial Free Hand line loop foot vase is an undocumented form number although it is the cobalt Leaf & Vine décor in opal with orange (marigold) iridescence and cobalt lip treatment generally assigned to Special Lot 1990. It would have been produced ca. 1924 and it still retains the original label.

This basic loop foot form was produced at all four companies that employed a shop of European workers that moved from company to company starting with Quezal, then to Imperial, then Fenton, and finally Durand. We are only missing the Durand version.