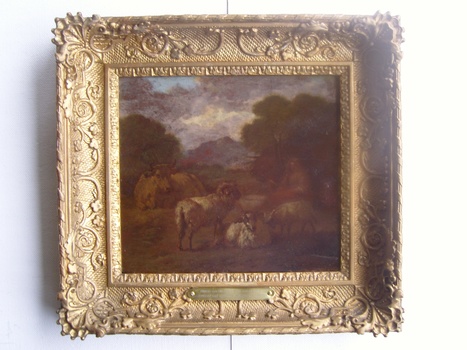 I bought this painting by Dutch landscape painter Simon van der Does (1653 - after 1718) at an auction. Signed S. v. Does. Oil on board. 26.0 cm x 29.5 cm. His speciality was scenes with shepherds or shepherdesses and their herds. His wife used a lot of money, so he was forced to produce many paintings to keep up with her spending. But when she died, he missed her anyway. Some time after 1718 he left for Paris, but died in Antwerp before reaching Paris.