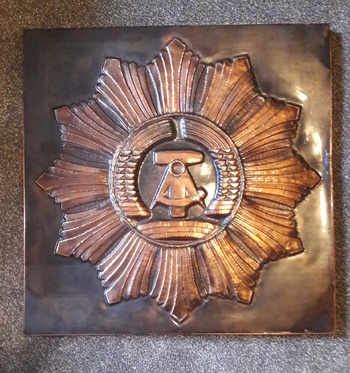 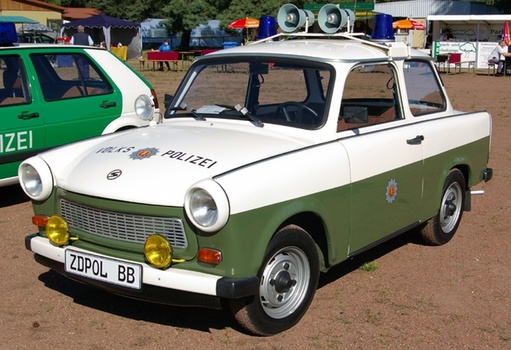 I don't know very much about this one. It is a sign for the East German police force, the Volkspolizei. Not even sure what it is made of. looks like bronze but I think it might be copper. It has a sort of protective plastic film on the front so I think it was meant to go outside. Maybe on the front of a police station.

The second picture, just for fun, is a Trabant Volkspolizei car. I had the chance to buy one once but turned it down because it seemed to be taking things a bit too far and I had nowhere to keep it at the time.