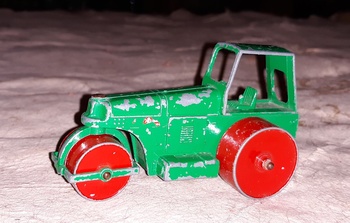 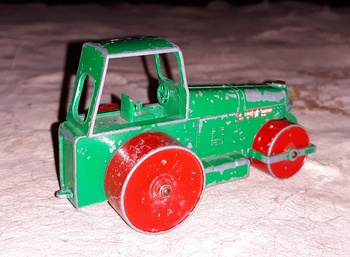 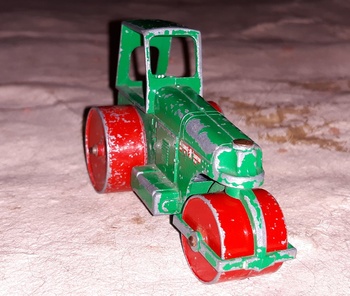 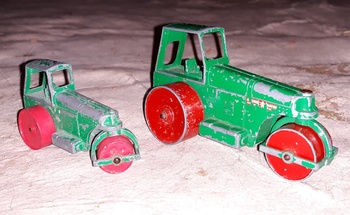 Looks like a rather primitive road roller (steam roller) but they were making them like this in the 1980s. They may still may be making them like this. We Americans are used to the ones with the rollers that are the same size front and back. Plus they tend to lack a roof. That is enough on the 1:1 version.
This one is not quite collection worthy due to condition but it will look great in a curio cabinet. These were in the catalog from 1962-1966. It was the first K-9. The King Size series started in 1960.
In the last photo I have it with its 1-75 smaller brother. The small version is a MB-1. It is a variation of the first Matchbox car which was also a road roller.
I think next week I will post more King Size with their smaller versions.