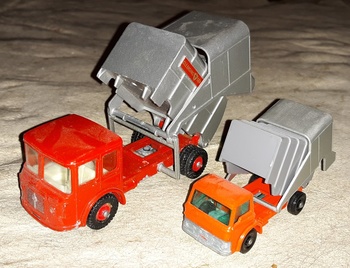 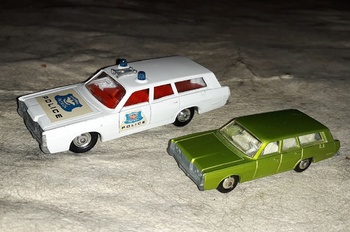 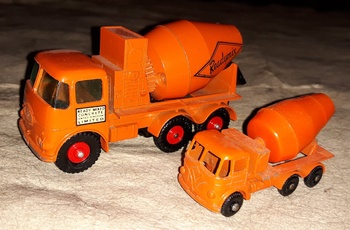 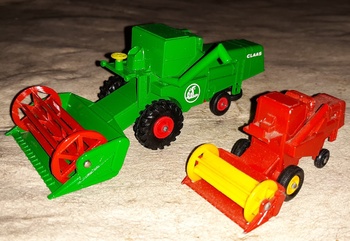 As I mentioned last week many of the King Size have regular sized Matchbox counterparts. Looks like about half of King Sized models do. There were only about 20 King Sized models in the catalog (it varied from year to year) and there were 75 of the regular sized models in the catalog.
Up first are a pair of refuse trucks. Not the same cabs but close enough.
Next Mercury Commuter Wagons. For some reason they decided to make the King Sized version a police car. Do not recall seeing police station wagons although the sergeant on Adam 12 drove a station wagon.
#3 is a pair of Foden cement mixers. The regular sized version of this one is fairly primitive. No windows.
Finally combine harvesters. Lot of nice details on the King Size version.
Next week some more!