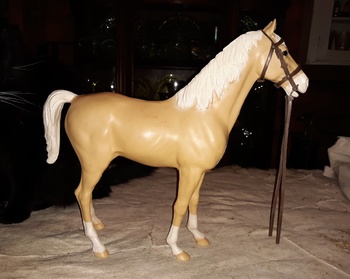 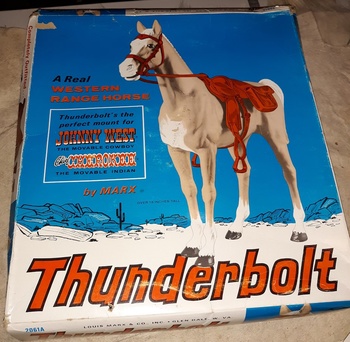 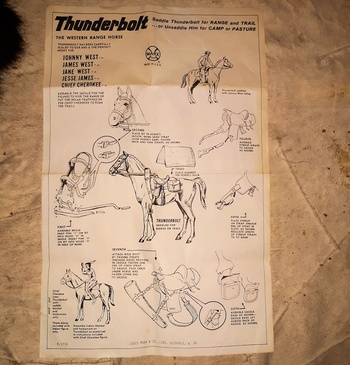 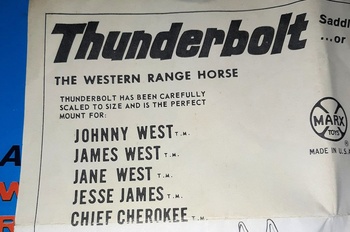 I have 3 or 4 of these palomino Mr Ed Thunderbolt horses but this one has the original box and more importantly a very early instruction sheet.
Need to back up a bit. This is from the Johnny West series which was a 12" scale action figure based on the old west. It was Marx Toys answer to GI Joe. Both the same scale but by going with the wild west they made their own niche.
The horse here is missing most of the tack but has the reins which is the most important part. I sold reins for $5 each (not a pair) so those are important pieces. I have plenty of the other pieces aside from the cinch.
Now the exciting part for a collector is in photo #4 as two of those figures were never produced which were James West (Wild Wild West) and Jesse James. In 1973 or4 72 the bodies for those figures were released as Sam Cobra (James West) and Sheriff Garrett. The head for James West was used for Captain Maddox which is why that figure looks like Robert Conrad.
Not sure what may be next but hopefully it will be exciting! Perhaps it will be the set of 5 HO Box cars or John Connor action figures.