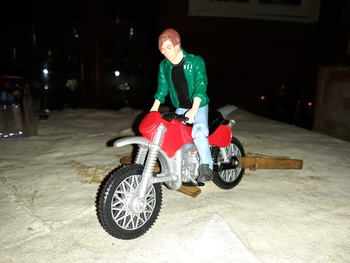 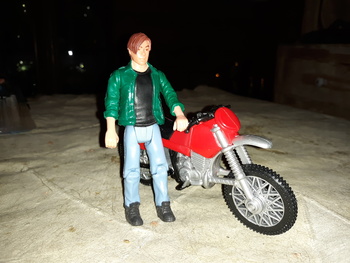 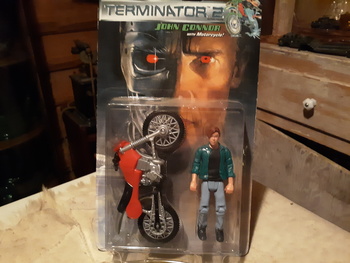 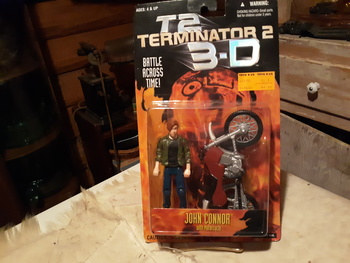 As another Terminator movie just came out I figured it is a good time to post my John Connor action figures. Kenner made much less of these do they were an instant collectors item. I have other figures somewhere. Arnold and so on. The carded figure in photo #3 is the original and #4 was released a year or two later.
John is about 4 1/2" tall. That was a popular size for the 1990s although adult figures were a bit taller of course. Not a whole lot of articulation but a fairly decent figure sculpt.
They probably should have made the sequels a bit sooner. Eddie Furlong who played John Connor had a few issues and was unable to play the part in later sequels.