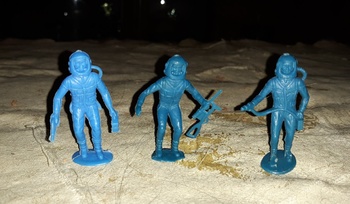 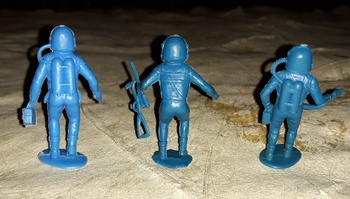 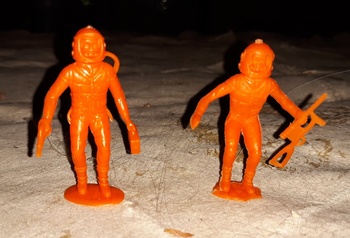 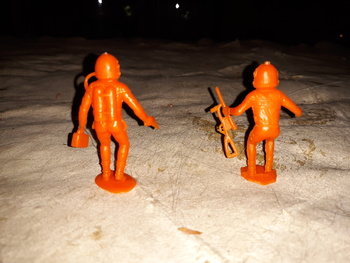 These are a bit smaller than the usual toy soldier. A bit less than two inches thus the 45 mm scale.
Also these are spacemen and they have guns. Probably ray guns. Because they are toy soldiers in space. You can have the blue spacemen fight the orange spacemen or whatever space aliens are available. They could possibly fight dinosaurs but not Vikings. There are rules to these sort of things.