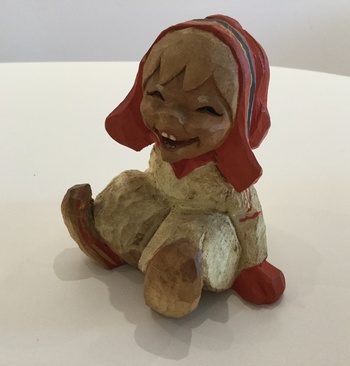 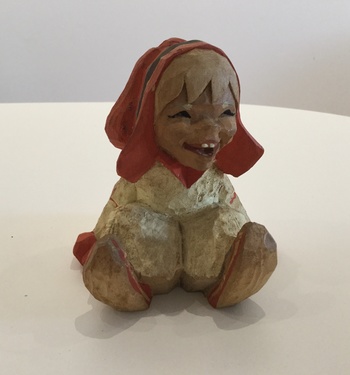 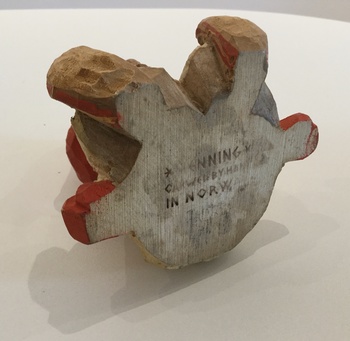 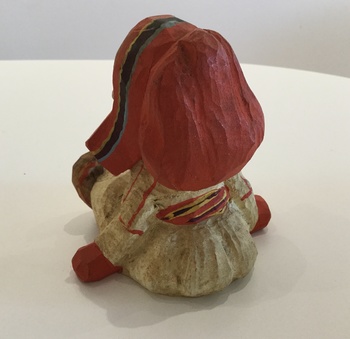 In the 1950’s and 1960’s Henning carved wooden figurines were Norway’s biggest souvenir market product and were exported all over the world. Henning Engelsen (5 February 1918 – 8 September 2005) was a Norwegian woodcarver and illustrator, born in Sandefjord, Norway. In 1947 he began the business at a small workshop at Toten in the eastern part of Norway eventually working with more than 25 craftsmen and continued creating the figurines with great success until 1988. His figurines illustrated animal life, myths and Norwegian folklore. Some of the most successful products were trolls. But I am rather pleased with the joyful expression on the face of this young girl dressed in a colourful, folkloric costume. I’ve seen a young man on the net who should accompany her. A Henning troll is on the wish list too