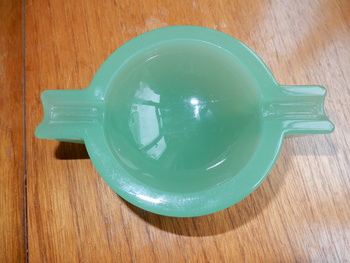 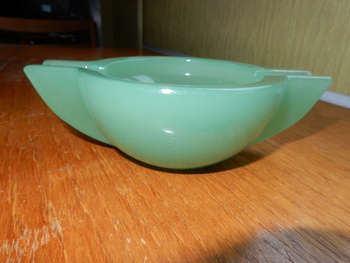 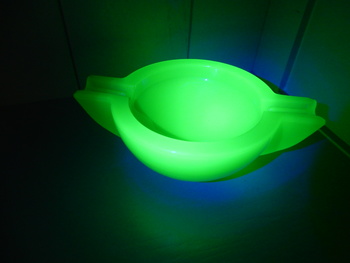 I have just found some identical ashtrays online, a blue one with a plain bottom and a green one with a Parker (later Chance glass) moulded mark, designed by Robert Goodden for Parker. It is 15cm./6" at it's longest and weighs 500gm./1lb and is more of a jade green than the photos show. Apparently the design was used on a desk fitted on the Cunard liner Queen Elizabeth, launched 1938. Perhaps this is a "souvenir".