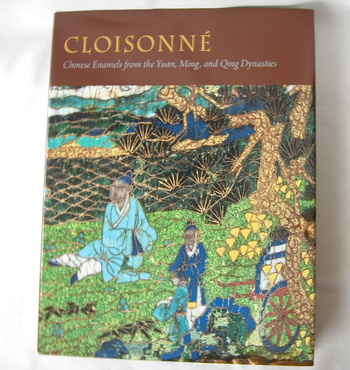 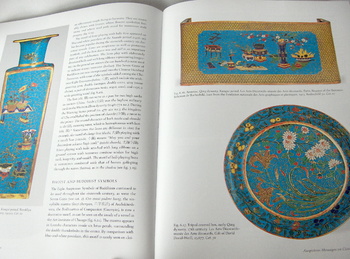 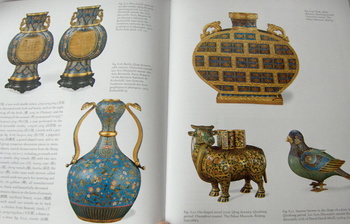 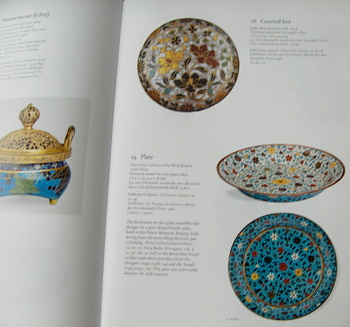 This is one of the large books I had in my cloisonne section of reference materiel. It was a very interesting historical tome as well as a display of the museum's cloisonne collection.

This is where I learned that Napoleon III had a huge cloisonne collection in his palace, where he had a room dedicated to it. These were from the Chinese opium wars of the mid 19th century, when China was attacked by England with France and the USA, it was all about trade and forcing China to come to their terms with their goods. Few people know how many countries were forced this way to make the British Empire richer, and make these valuable goods such as silk, tea, porcelain, opium etc. available to the Western markets. The USA Navy of the time attacked Japan's capital, after they had resisted the demands for 200 years of isolation, from trade and religious interference. Again, Japan bowed to the Americans trade requirements. Japonism ensued in the European and American decorative trends. 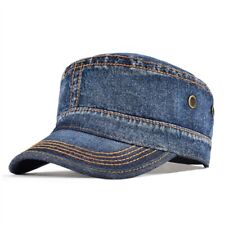 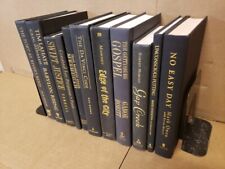 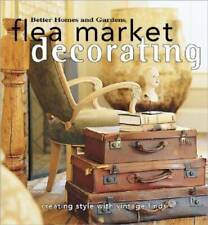