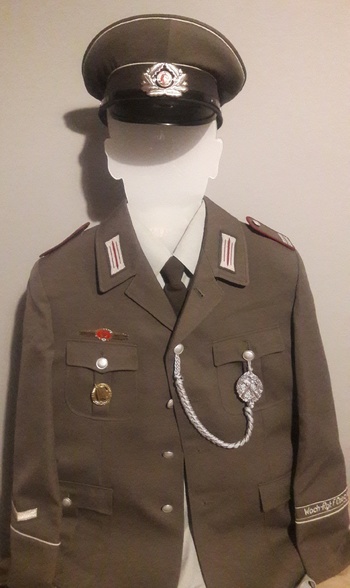 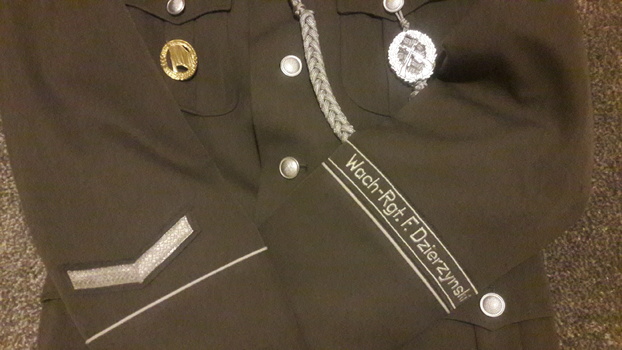 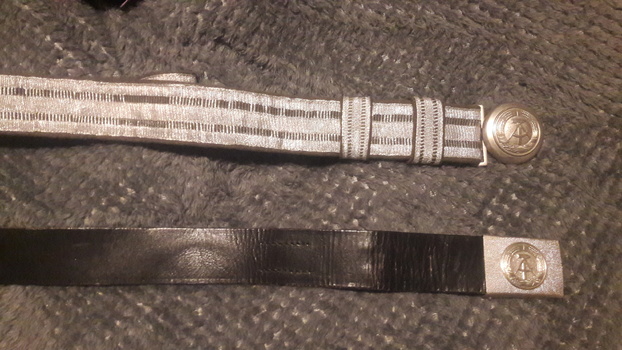 The Ministry for State Security (German: Ministerium für Staatssicherheit, MfS) commonly known as the Stasi was the official state security service of East Germany. It has been described as one of the most effective and repressive intelligence and secret police agencies ever to have existed. One of its main tasks was spying on the population, mainly through a vast network of citizens turned informants, and fighting any opposition by overt and covert measures. In it’s time it arrested over 250,000 people. Many who were held as political prisoners.

This uniform is for a member of the Felix Dzerzhinsky Guards Regiment. The Dzerzhinsky Guards were an elite infantry regiment run by the Stasi to provide security for government buildings and personnel, to execute special military operations and to provide the Stasi with a reliable combat force separate from the National People's Army that could be deployed to suppress rebellion and unrest. The unit had at its disposal the same type of weapons as a motorized rifle regiment: assault rifles, artillery, anti-aircraft guns, armoured personnel carriers and even helicopters.

I have two types of belt. The top one is an officer’s belt and the bottom one for NCO’s and enlisted men.