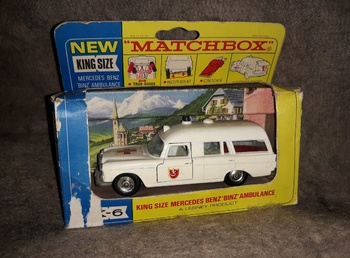 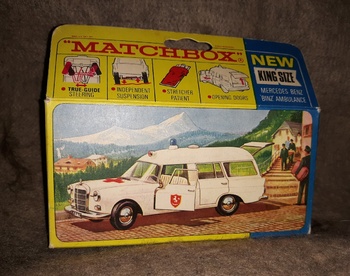 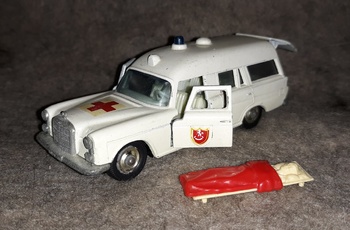 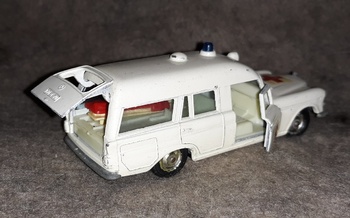 I am going with 1967-1968 for this one. By 1969 it would have a plain blue interior in the box and this one has great artwork. These are a bit like the Disneykin Playsets as the box is part of the scenery. The back is well illustrated also. It was released in 1967 and sold like this through 1970. In 1971 it became a Super king with mag wheels and other such.
This was the first King Size model that was car. All the previous ones were trucks or tractors. It has opening front and rear doors along with a removeable stretcher with patient. Also the read blanket is removeable. He has a broken leg apparently. Looks like I didn't quite put the stretcher in correctly as the pegs fit in the little slots but that has now been corrected.
For the morrow I think I will follow-up on the butterfly wall. 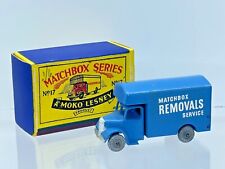 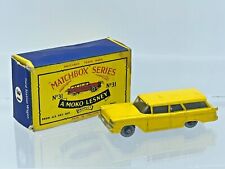 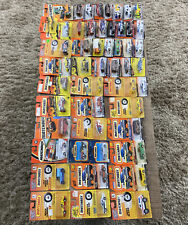 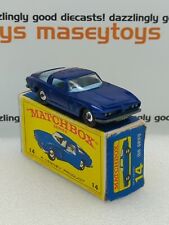