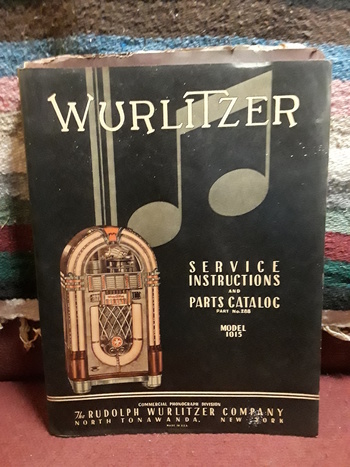 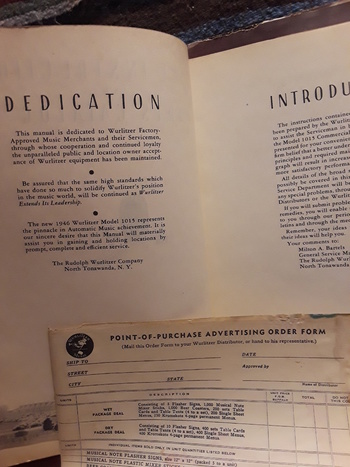 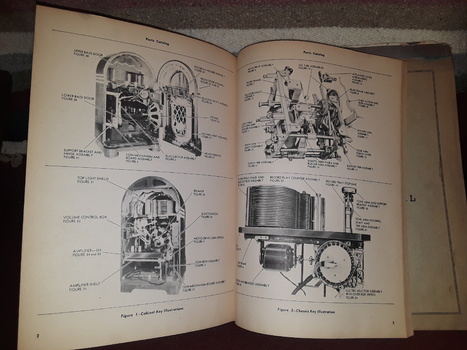 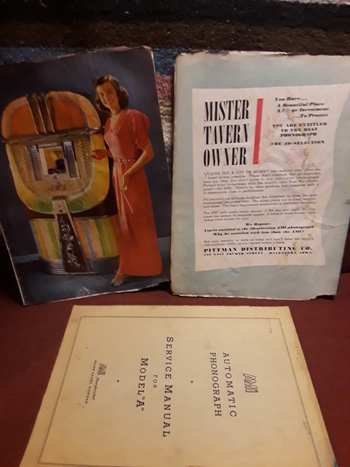 THIS is the old book I actually went off looking for when I showed the Hammond Organ manual I found on the shelf with it earlier this evening. :-) Once more, a matter of finding one (well two I guess, or a few?) thing(s) while looking for (several weeks ago) another thing and suddenly re-rememberizing that it all was here too...? <LOL>

It is a WURLITZER SERVICE INSTRUCTIONS AND PARTS CATALOG (itself 'PART No. 288') as published by the COMMERCIAL PHONOGRAPH DIVISION of The RUDOLPH WURLITZER COMPANY of North Tonawanda, New York -- along with a few bonus extras. :-) It's 'dedication' page [1st inside, pic #2]) dates it to 1946, there aren't any other publication dates I've found anywhere on it and I'm certainly nobody's antique jukebox expert to know otherwise...??

It is a rivet bound volume between paperboard covers, consisting of a 37pg. 'service instructions' section then a 57pg. 'parts catalog' section. Both are highly illustrated with large and beautifully detailed technical drawings fully showing every mechanical function/description/specification of the entire machine, including fold-out electrical schematics and whatnot. [pic #3 is a random example]

The *bonuses* that came with it include two unused POINT-OF-PURCHASE ADVERTISING ORDER FORM"(s) tucked inside its front cover [lower pic #2] for WURLITZER PHONOGRAPH customers. They're undated, simply requesting return to a local representative/serviceman.

Inside its back cover are three spurious and seemingly mostly unrelated documents, that relate to AMI jukeboxes instead. [pic #4] The first is a not quite as detailed but still nicely done service manual for an AMI "MODEL A" AUTOMATIC PHONOGRAPH, along with a pair of glossy printed advertising folders with colorful graphics that seem to be meant to entice "Mr. Tavern Owner" to think he needs an AMI jukebox instead...? ;-) That service manual is undated, the folders (blank inside, pic shows front and back) bear the name of one "PITTMAN DISTRIBUTING CO." of Davenport, Iowa. The folders also aren't dated, though they do contain a reference in the text on the back to "the world's only Post-War phonograph". I do not have the slightest idea whether the quite colorful AMI machine pictured with its oh-so-glamorous female model is actually the "model A" machine or not...?

IF ANYBODY has any handy clues to help me learn anything more about any of these, I'd be most grateful for your comment. I also fully admit that I've not now (if I ever did?) really attempted to do any actual 'research' about them, as quite frankly my own current jukebox isn't anywheres *nearly* so old nor glamorous... <sigh> 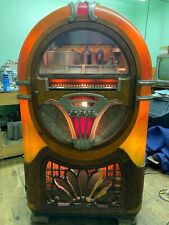 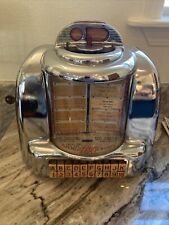 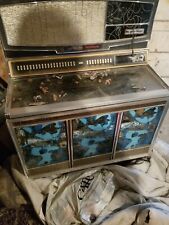