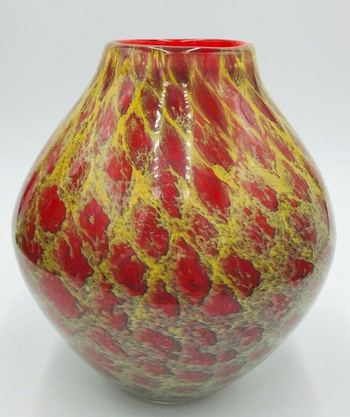 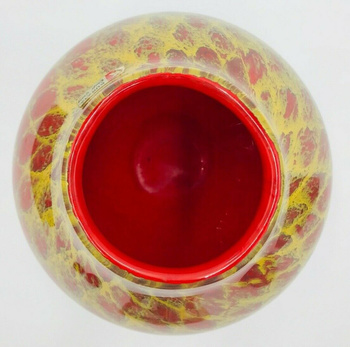 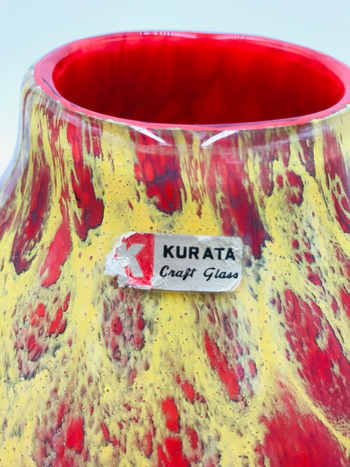 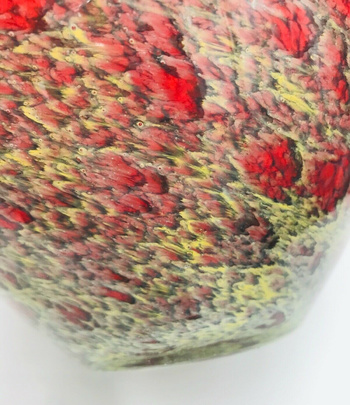 This vase is 8" high x 7.25" in diameter and pretty thick. It has a bit of black in it, in addition to red and yellow. I've been buying a lot of Joetsu's Kurata Craft Glass lately, mainly because I have been finding some pretty good deals. I've been passing on a few good deals as I've really wanted to add some pieces by other Japanese makers to my collection, instead, but I kept coming back to this one as I haven't seen anything else by Kurata like it. The seller made me a good deal so I "had to" pick it up. Too bad the label is a bit ragged.

What I like more and more about Kurata glass is the variation in styles, colors and forms. There are probably many unlabeled pieces of Kurata glass out there which will never be correctly attributed because of this.