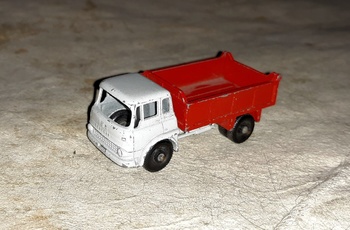 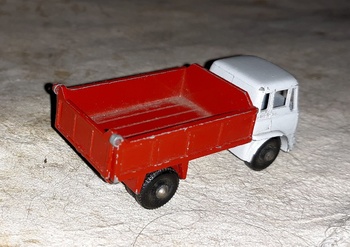 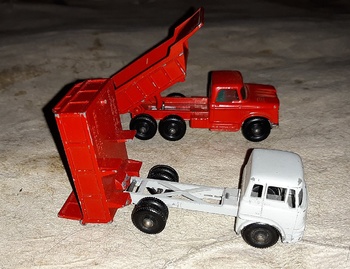 This model was first released in 1961 and sold through 1967. But in 1961 it had a maroon bed instead of the red bed. I think I may have a maroon one around somewhere.
I have compared and contrasted it with some other Matchbox vehicles. As can be seen the bed requires hand support. The Dodge dump truck behind it stays open at various angles. The gate does open on its own as the bed is tipped.
Last is a trio to show how Matchbox vehicles grew over time to the size known as 1/64 scale today. The earliest one which is on the left is the Bedford 7 Ton Tipper. They started out even smaller back when they were Matchbox toys that fit in a Matchbox.