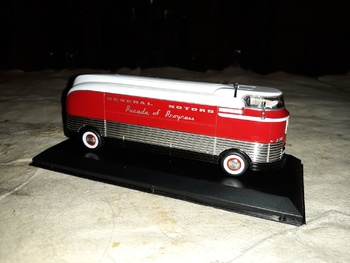 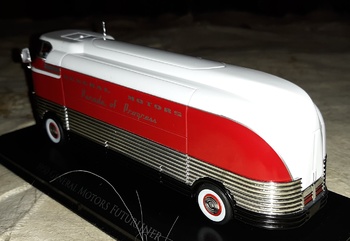 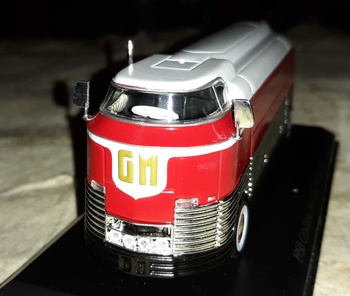 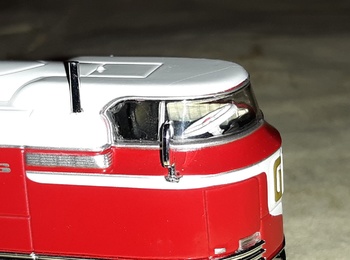 The originals were made in 1939 made in 1939 for the World's Fair and The Parade of Progress. There were 12 made, one is known to be lost in an accident. 9 are known to exist now. They were designed by Harley Earl in classic art deco style. To back up a bit they were made by GM as a sort of rolling advertisement. The 1:1 versions opened up in the middle section for a variety of displays such as a jet engine. To put that in this model would have been nice. Pretty much the interior is hollow with a single seat for the driver. There is a semi-circular stairway for the driver to reach the rather high perch.
This model was released in 2015 and has the usual Greenlight details. The driver's compartment is well detailed as far as I can see, Rather hard to see with my far sighted eyes but the camera does a better job.
Hopefully I can get my sign up soon for another exciting post.