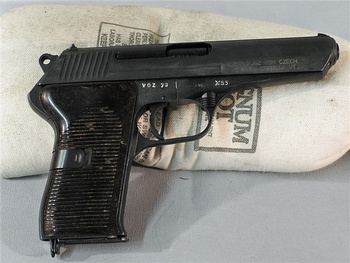 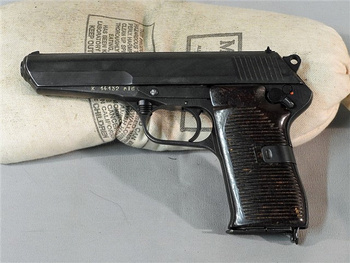 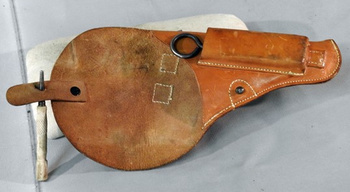 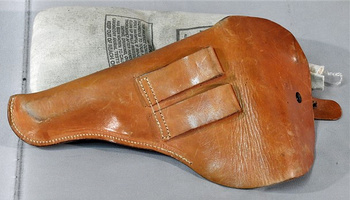 The CZ 52 (AKA VZ 52) pistol is a roller-locked short recoil operated, detachable box magazine fed, single action, semi-automatic pistol chambered for the 7.62×25mm Tokarev cartridge which was the standard cartridge of the Soviet Bloc nations from the 1930s to the 1960s. The 7.62.25mm cartridge is very powerful and capable of penetrating many types of body armor. The CZ 52 is a large pistol, weighing in at about 2 lbs, unloaded. It has a butt style magazine release. It was not extremely well designed from an ergonomic perspective and feels somewhat awkward in the hand and when shooting it. It is an interesting looking pistol and has Bakelite grips. It was only produced from 1952-1954 but was in service with the Czech military from 1952-1982 when it was replaced with the CZ 82. This one came with its original holster. Stamps on this pistol show that at some point it was arsenal rebuilt by the Czech military.