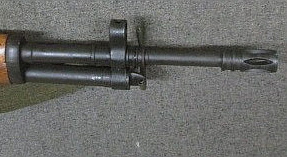 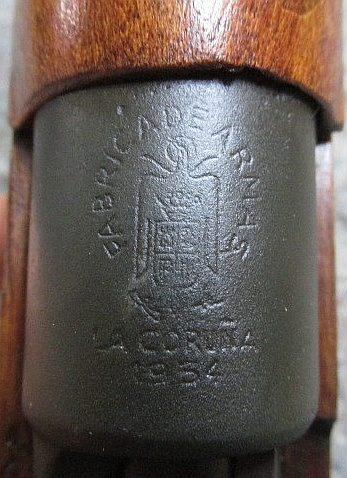 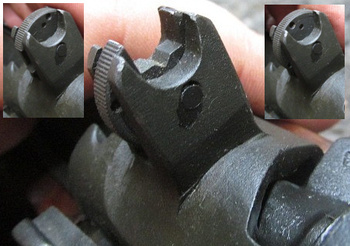 The FR8 was introduced in the 1950s during the period when the Spanish military was implementing the CETME automatic rifle. There were not enough CETME rifles in inventory to equip and train all troops, though, so the FR8 rifles were made from existing stockpiles of Mauser bolt-action rifles to equip some troops. The FR-8 was developed from the Model 1943 short rifle, which was based on the "large ring" Model 1898 Mauser action. It was modified to fire the 7.62×51mm NATO round. The flash hider also functioned as a rifle grenade launcher and was compatible with NATO-standard 22 mm rifle grenades. There are notches in the flash hider which could be used to cut wire by firing a round. The under-barrel tube, which resembles the gas cylinder used on automatic weapons, served as the bayonet mount and was used as storage for cleaning gear. It is actually a part from the CETME rifle. The rear sight was an elevation-adjustable rotary type sight with apertures for 200 m (220 yd), 300 m (330 yd) and 400 m/440 yd, as well as an open "V" notch for 100 m/110 yd. The front sight is elevation-adjustable via a special tool. Operation is identical to the standard Mauser design, however, due to it's light weight, short barrel and calibre, recoil and muzzle blast are relatively heavy. The FR 8 rifle was used into the 1970s by mounted Guardia Civil units in the Sierra Nevada mountains. This rifle is unissued and in new condition. It appears to be unfired.