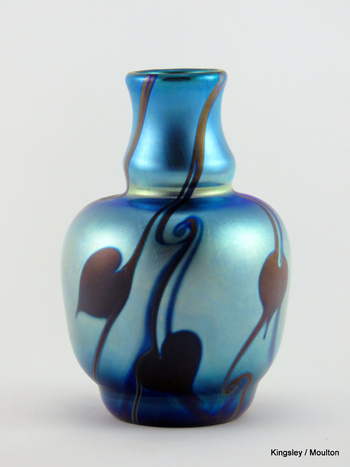 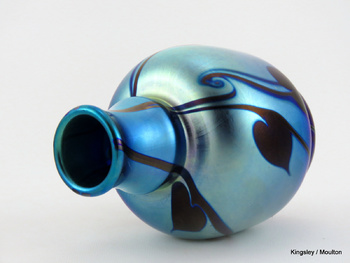 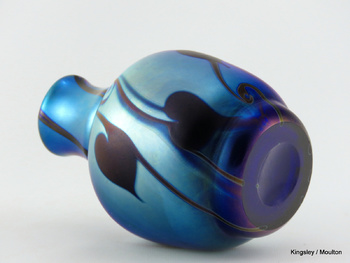 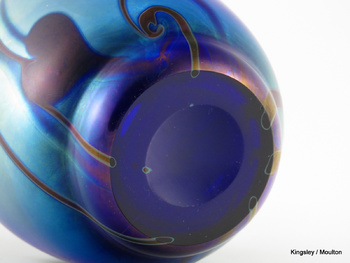 This little silver blue luster vase decorated with a vertical heart & vine motif was a mystery to us for quite some time until a person in a FB group we belong to said it resembled a vase they owned that was produced by Lundberg Studios. We wrote the studio where it was confirmed as one of theirs. It was produced in the 1970s before the time that most all that left the shop was signed.