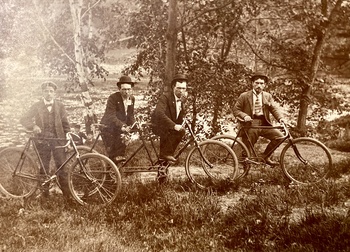 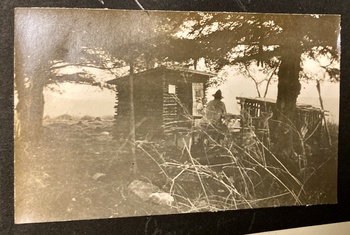 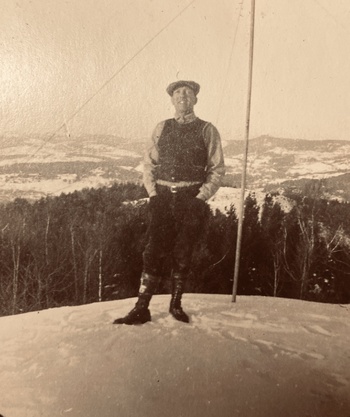 The second from left is my Great Grand Pepere - Eugene Morin. He was not a wealthy man, but he loved the outdoors and spent most of his time climbing mountains or riding his bicycle or boating. The second photo shows him in one of his mountain top rustic cabins. He had a number of these little cabins. i don't think he owned the land either. he would just climb a mountain, build a hut and live there for awhile. He did own the cabin and the car under the tent in the third photo.