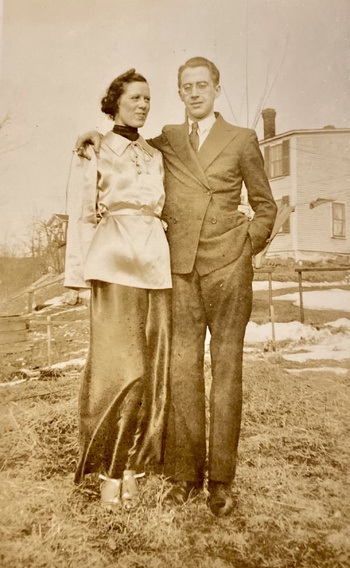 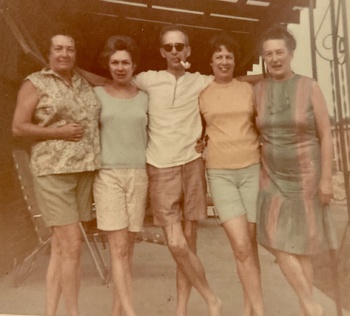 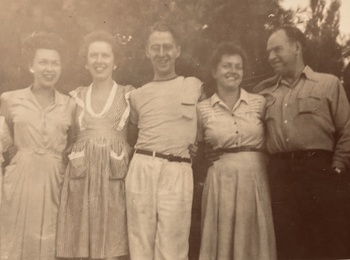 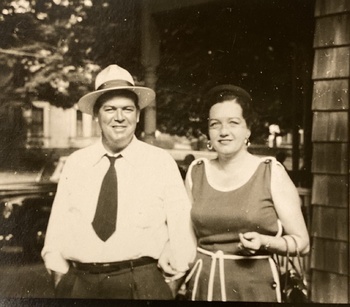 My Memere's sisters all worked in fancy resorts in the White Mountains, Lake George, and North Carolina, where they met their wealthy husbands. But my Memere didn't go away and she married my Pepere who was the local son of very successful parents. They were married for 78 years and in-love till the day my Pepere died. My Memere never ate again after that so she could join him in heaven. But they sure did have fun their entire lives. some of my favorite memories are going to Cape Cod with Pepere and Memere and her crazy sisters. The 3rd photo shows my Uncle Herman and Aunt Dolly on the right - also in the last photo. He was one of the first pilots and she one of the first stewardesses for Eastern Airlines. We used to visit them in their beautiful home on a canal in Cocoa Beach, Florida.