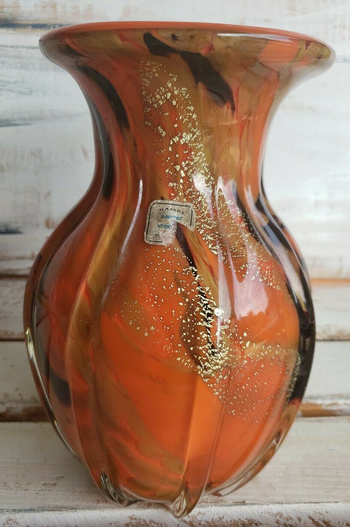 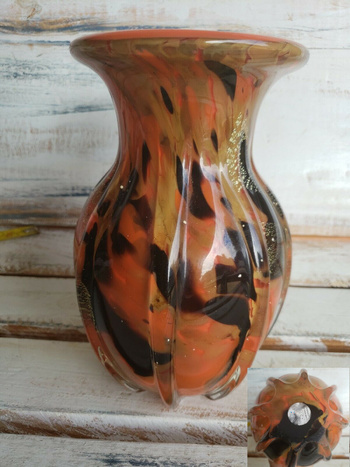 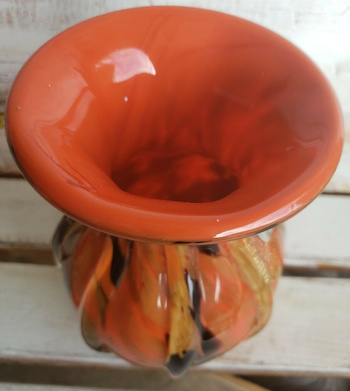 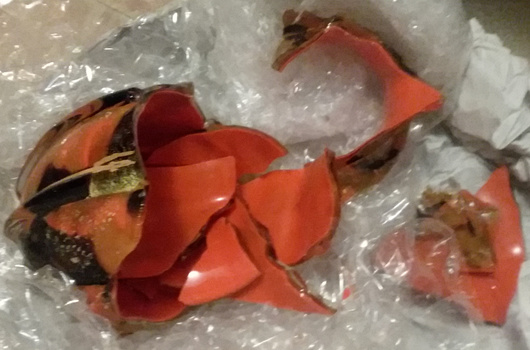 This vase was 10" high x 7" at its widest. Two Kamei labels. The bottom showed wear and there were some spots of white paint on it, but otherwise very nice. The seller did not really know how to pack glass, which I suspected from his/her items, so I sent some suggestions for packing it, just in case. I have received items which were packed worse and survived the trip, but the packing job was still iffy. That being said, the box was not damaged and it took some effort to break it. Maybe a drop kick. The seller gave me a full refund, but that is bittersweet as this was a great vase.

I also received a Jan Beranek center piece today, which was supposedly mint, and has several scratches on it. Not a great day, so far!