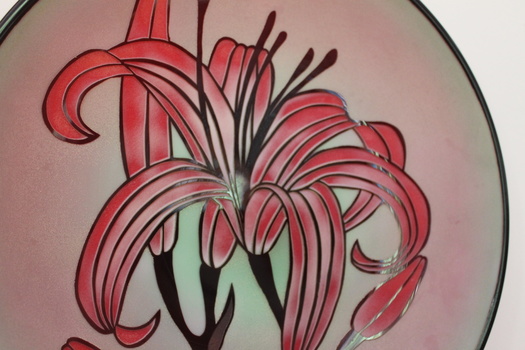 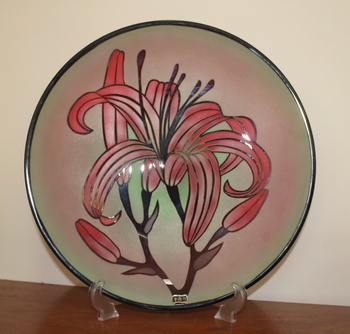 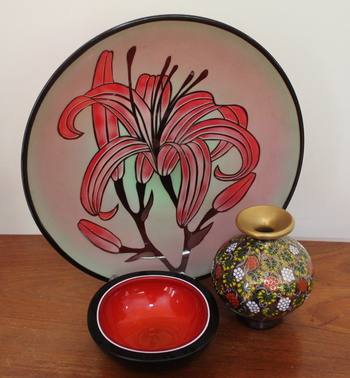 FTG, who later became Multi Glass, produced glass in Fukuoka Japan from early in the 20th century.
Like most Japanese glass houses, post war they started looking to the world market, and produced a very small range of these large cameo glass platters to show off their craft. In the early 1950s they provided a number of samples to be showcased at various worldwide trade fairs, in Europe particularly, and this is one of them.
This platter is made from 4 layers of glass. The base is white glass, with a thin layer of crimson, then green, and then a dark brownish- black. The glass has been masked and sand blasted in what looks like 2-3 steps.
The result is a lily outlined in black, with crimson to white petals., and a background of pink to green.
It is a cool piece of glass art, hand made, and displaying beautiful design and skill.
Diameter 35cm

The last photo shows a later (60s) bowl from FTG, and a handpainted vase from Amemiya Hee Noto. It was supposed to be my Christmas post, but sorry friends, I didn't post in time. My very best wishes to all of you for 2020!!