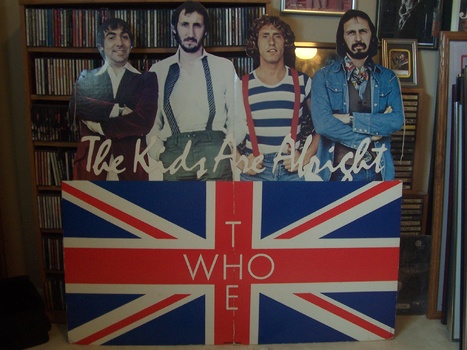 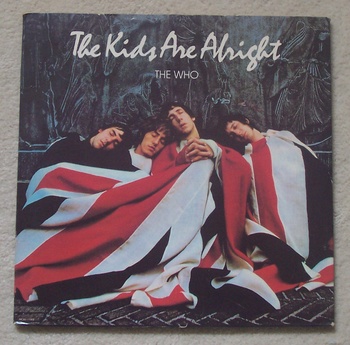 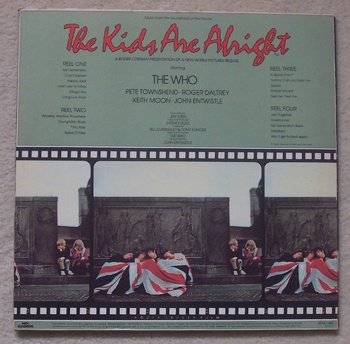 The Who! Brunswick(Thomas) just explained all about The Who in his post just recently. So I wanted to post this.
My girlfriend just got me this awesome cardboard display of the 'The Kids Are Alright" promo. Probably an in store display for the album 'The Kids Are Alright' 1978/79. It's about 3ft x 3ft and in near mint condition. Never used in that the back fold out pieces were never 'unfolded'. Some rearranging is in order to display this large piece. Both Kieth Moon & John Entwistle have passed. Although Roger Daltrey's voice hasn't been like it was in the 70's, he and Pete Townshed still tour as The Who to this day.
R.I.P. Kieth & John.