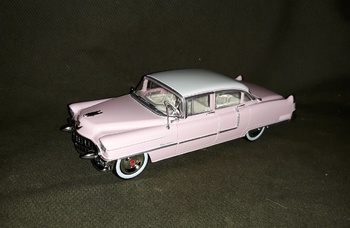 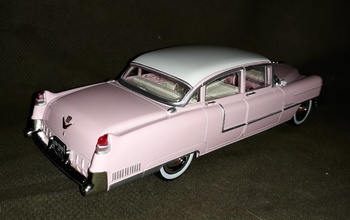 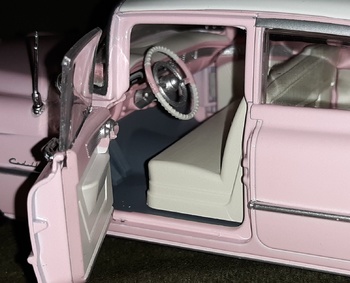 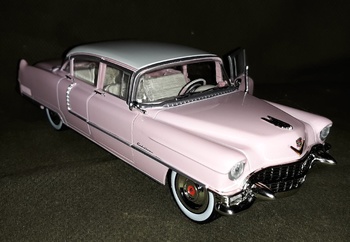 A large scale version of a model I posted earlier. This is a 1955 Cadillac Fleetwood Series 60. It is pink because Elvis gave pink Cadillac to his friends, although I don't know if he was doing that in 1955. OK did some research and he bought this car for himself. Don't see anything about him buying pink Cadillacs for others but he probably did, had the money at least. Not really into all that but I like the car.
As can be seen this is a highly detailed model with a highly detailed interior. The tolerances are so tight it takes a razor blade to open the door.
I think the photos speak for themselves. The 1:1 version was a bit large and had its own gravitational pull.