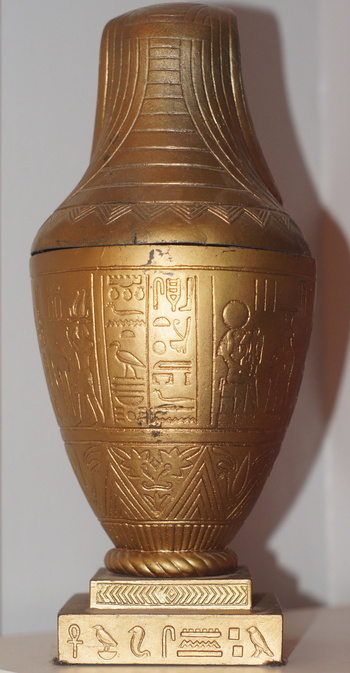 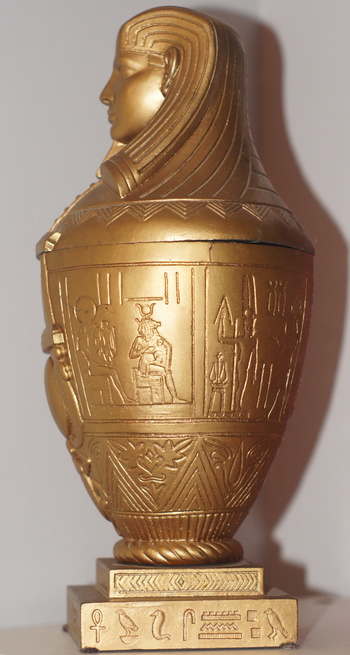 As a kid I had a complete obsession with Archeology. I spent a year at a Military academy my sophomore year and I lived in the library during much of my spare time. I also spent a lot of time at the gym working out with speed bags and heavy bags, as I had been involved in competitive boxing at a younger age and enjoyed the speed bag in particular. If I was not working on speed and timing on the bag, I was reading every book on archeology that the huge library held. The Incas, the Aztecs, the Mayans, the Egyptians, the city of Pompei, the Minoans…… and the list goes on. The pomp and glory of these ancient civilizations fascinated me, as did the tales of discoveries….. The sacrificial wells, the pyramids, and the artifacts were all fascinating to me…..

One of the most fascinating discoveries of the early 20th Century was the tomb of King Tutankhamen, commonly referred to as King Tut. His was the first, and only intact tomb ever discovered of a Pharaoh. I read everything I could get my hands on about the discovery. The opulence of the tomb contents, especially for the time frame, was utterly fascinating. Even in light of him being an extremely minor historical figure in Egyptian history, he was a boy kind that died young. My imagination used to try to visualize what would have been in the tombs of pharaohs the likes of Rameses, Amenhotep III, and Akhenaten, or Khufu, the builder of the great Pyramid at Cheops.

Fast forward to the late 1970’s, where in my late 20’s, I had the opportunity to tour the King Tut exhibit when it came to Seattle. The most magnificent item in the tour was the death mask of King Tut. Constructed of solid gold of both 18 kt and 22.5 kt, and includs glass and precious stones, it weighs approx. 22 lbs. It is one of the most recognizable artistic forms in the world today. I remember standing in front of the case which held it for about an hour, completely enthralled with every detail of it. It was a piece of history that spoke loudly to me… and does to this day…..

Fast forward another 20 years when I started being drawn to collecting of all kinds of things aside from my obsession with glass. MCM art, Art Nouveau prints and objects from that period. Art Deco, Machine Age, Art Nouveau, and Egyptian Revival. Figural lighting and objects were among our greatest areas of collecting interest. At this age, I still gravitated towards Egyptian Revival objects. This post is simply one of those objects I collected.

Canpopic jars were used in the mummification and burial process throughout Egypt’s Pharaonic history, and they were found in King Tut’s tomb. The jars were used to hold the removed organs from the individual being mummified. The organs, Intestines (guts), Liver, Lungs and Stomach were preserved along with the body as Egyptians believed that those organs would be needed in the afterlife. The Heart was left in the body being mummified, as it was consider the seat of the soul.

I have had this jar for almost 20 years now, and it is the only one like it I have ever come across. It was purchased off of ebay in the very early days of the forum. The form is referred to as Imseti, and represents a jar which would have contained the Liver. I believe that the piece is simply a decorative object from the Second Revival period which occurred in the 1920’s after Howard Carter discovered King Tut’s tomb in 1922. The first revival was a period in the early 1800’s which ended around 1850.

This Canopic jar stands at approx. 14 inches in height and is 6 inches in diameter at shoulder. This example, which seems representative of King Tut’s death mask, and adorned with hieroglyphics and symbolism of the era, is a class piece of 1920’s Egyptian Revival décor. The item is made of cast metal, which is most likely “pot metal”, or “white metal”. The top is removable.

It is one of my favorite objects in my collections, although Peggy thinks less of it and calls it “Rolly Poly man”. It has found a permanent home in my collections of “oddities” around the house, and sits proudly on top of a glass case with some larger vases.

The first image is taken without a flash and represents more accurate color. The remaining 3 used a flash and show more gold than it actually appears in person.