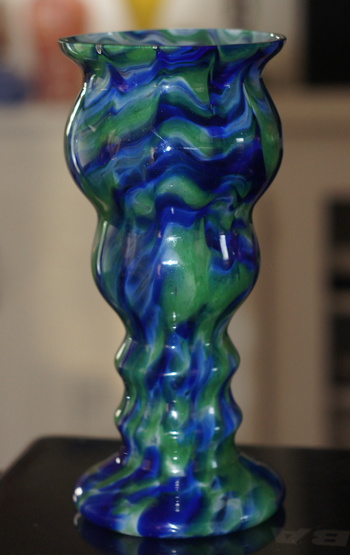 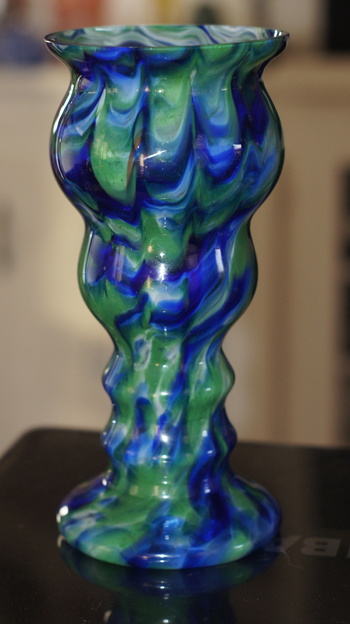 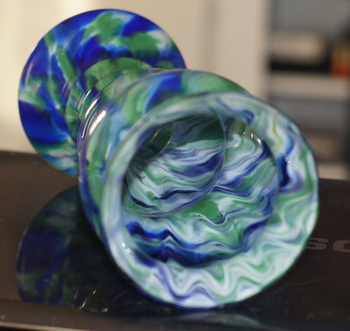 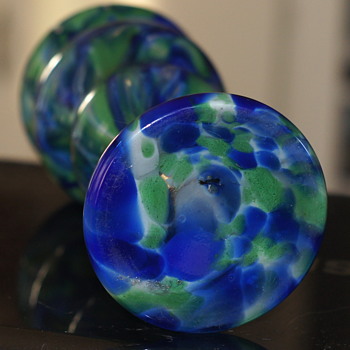 I bought this example out of the UK and it just arrived. My suspicion is that it may be Welz production, but at this point I am leaving it as anonymous production. I have not run into either the shape or the specific decor before, but it still kind of spoke to me.

The vase stands at 8.5 inches tall, and is 4 inches in diameter at both the rim and the base. Construction consists of the colors of green (which has some mica in it), blue, and white, which are sandwiched in between two layers of clear. The base is unmarked, but shows age wear commensurate with interwar production for the 1920's or 30's.

If one studies the decor closely, there are faint vertical lines in the decor which run from the foot to the rim, and are more pronounced in some places than in others. Regardless of who produced it, it is a well made and pleasing example of interwar Czech production.