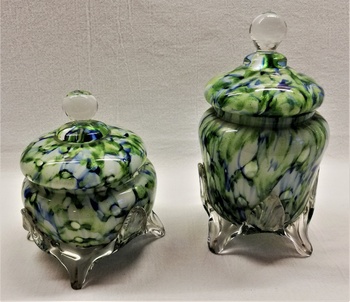 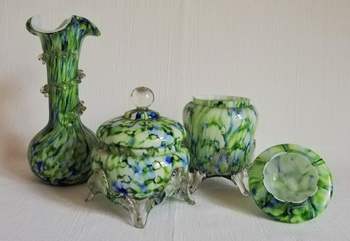 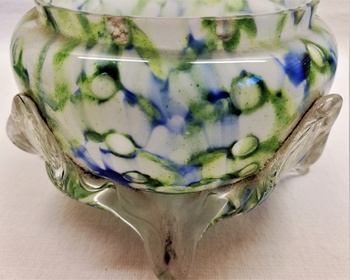 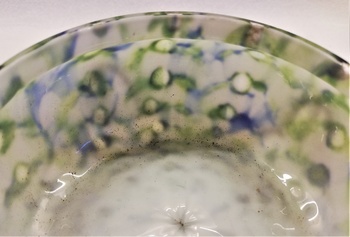 I bought the two jars first because I recognised the shape of the larger jar. I have that shape in another Welz décor, pink with green splashes, and it's posted here. These are vivid blue and green with aventurine on a white base. I thought I was buying a spatter décor in a colour combination I'd not seen before.

On closer inspection I found vertical lines on both jars and lines on the lids radiating out from the finial. There are no ribs behind the lines. I think the aim was to have the spots on the lines. That has been achieved intermittently but not over the whole piece in either case. You find similar difficulties in achieving uniformity with honeycomb décors. Nevertheless interesting pieces to own.....

The vase has the same colours and a splotchy look on the base but nothing resembling the lines with spots seen on the jars.