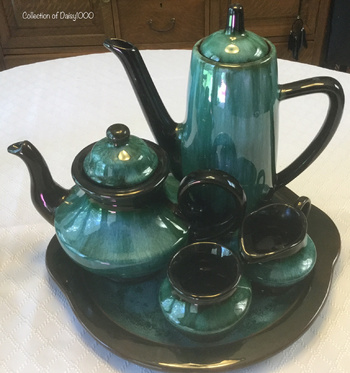 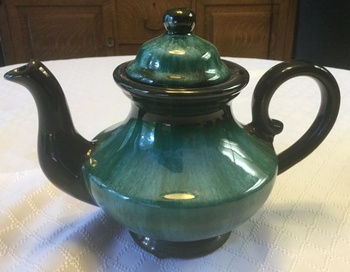 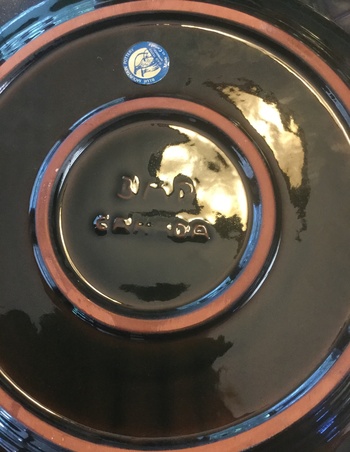 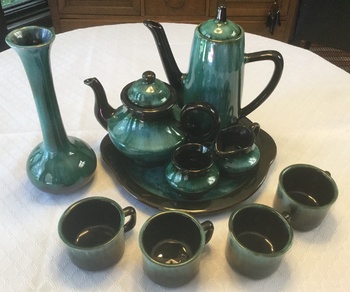 As a Blue Mountain collector, the problem I see most often is colour difference. Since these items were purchased as a set — and likely originally, as well — the glaze is well colour matched throughout the set.

The set doesn’t appear to have ever been used. The glazing is rich in colour, luminous, free from chips, cracks, flea bites, crazing, etc. The unglazed areas are deep red-brown in colour.

Those intrigued by the red clay dug from the side of the Blue Mountain in the early 1950s just happened to include a Czechoslovakian refugee resort dishwasher named Dennis Tupy. Tupy, a skilled mould maker who held a Czech ceramic certificate, joined Blue Mountain resort owner Jozo Weider to create the Blue Mountain Pottery Company. (Source: mountainlifemedia.ca)