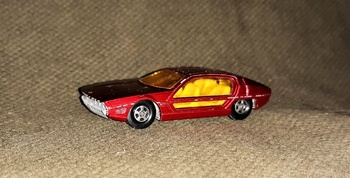 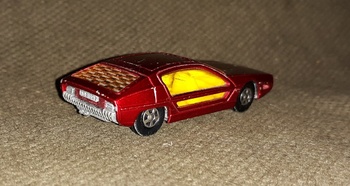 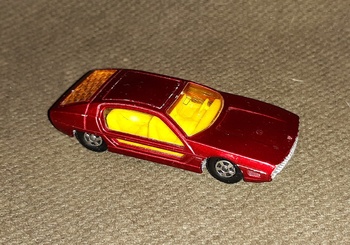 Well this example isn't so marvelous as it is rough but it is a neat model. The original Marzal was a concept car and there is only one. It is white with a white interior. The Matchbox version is much more colorful. The glass doors seem like they would eliminate blind spots along with a great view for passengers. This is one of the less mundane models. As Matchbox/Lesney was an English company they focused more on European cars so they had European sports cars instead of American muscle cars. All the models in photo #4 are Italian except for the Lotus which is British.
Hopefully I can get a mint boxed example for a proper post.