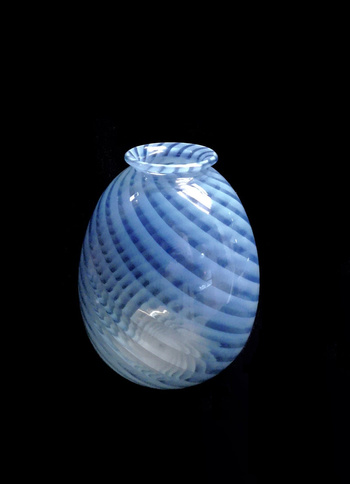 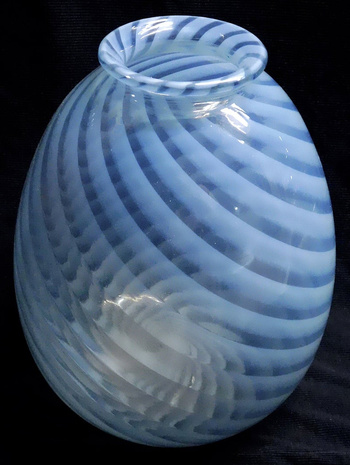 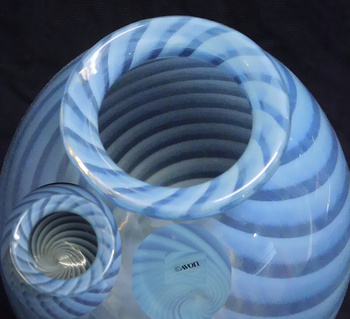 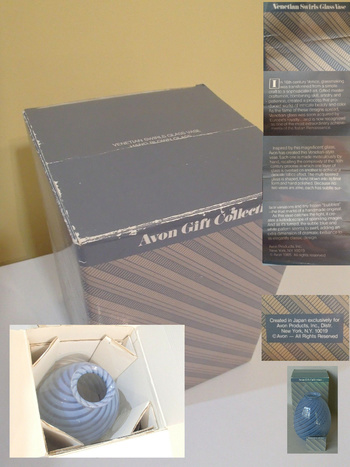 This vase is 8" high x 6" in diameter and weighs over 2 lbs 9 ounces.. It was part of the "Avon Gift Collection" for 1985. At that time, Avon was primarily sourcing their products from makers of quality American glass, for example Fostoria and Fenton, to provide their higher end glass offerings. I have seen this vase credited as the work of Fostoria by some sellers of this vase on auction sites, but the box states that it was "created" in Japan. This vase retailed for $50 in 1985, which was very high end, indeed for an Avon decorative vase. According to the brochure included in the box, this piece was an "homage" to Venetian art glass. The Japanese maker is not known, but in keeping with Avon's sourcing of products from higher end glass houses, it was probably a well known maker. This vase is new in the box, though the box is a bit tattered. So far, this is the only pre-2000 piece of Avon glass I have seen which was not made in the USA.

I paid only $6.99 + shipping for this vase new in the box and bought a second one without the box for $5.50 + shipping. I will put the one in the box away and display the second one. I have a feeling these will be worth more when more history of them is known. Not investing in these, just trying to preserve a few to pass on.... I did later find several minus their labels, listed as "swirl" vases on ebay.