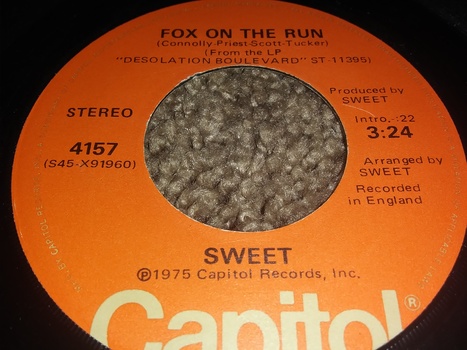 While Paul McCartney And Wings were still on a hiatus from their song, 'Band On The Run', Another English bred rock group known as Sweet would release their biggest hit in the U.S. with the ditty, 'Fox On The Run' in 1975 as a single from their third studio Lp, 'Desolation Boulevard' on the Capitol Record Lable.
Sweet formed in 1968 in London, U.K., And at first they were being called 'Bubblegum Rock', and that was until their first hit in the U.K. titled, 'Funny Funny'.
Soon after, a bigger hit would come, 'Ballroom Blitz', a Song that would later be used in a few movie soundtracks. Sweet would go on to crack the Top 20 in the U.K. over a dozen times throughout the 1970s.