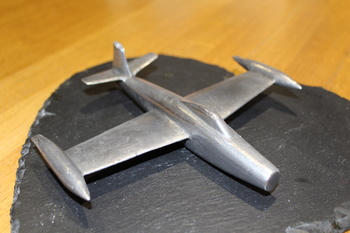 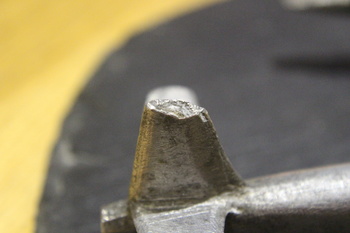 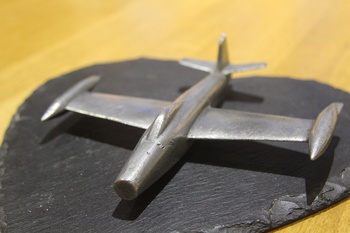 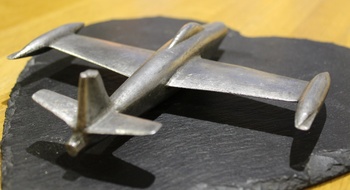 I found this at Zagreb flea market in Croatia the other Sunday and the seller told me it was a Soko Galeb, which I wasn't too sure about.
There are a couple of similarities between the Galeb and the F84 Thunderjet so I could see why he was mistaken. The Yugoslav air force did operate the F84 from June 1953 to July 1974.
It appears that a previous owner has tried to clean it up using a file, a shame though as it's such a nice display piece. There's also signs of damage on the tail but it must be getting on a bit.
Would this small aluminium model have been made in America or Yugoslavia?