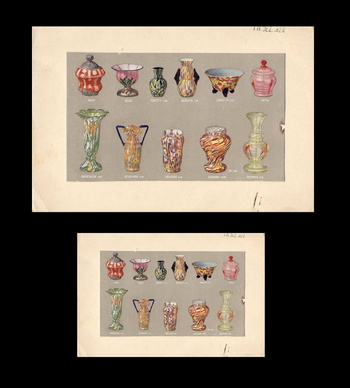 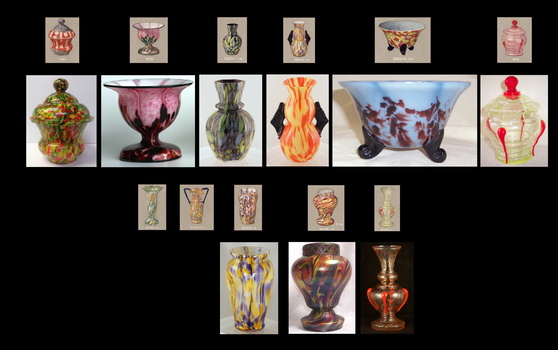 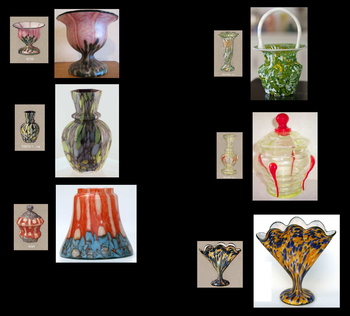 In light of another recent post seemingly trying to once again muddy the waters regarding Welz, and Welz production literature, I thought I would post one of the pieces of Welz production literature I have been fortunate enough to uncover, with an explanation of what it is and where it came from. It seems that the provenance of this find is once again being called into question in this forum by my favorite critic.

Image 1 above shows one of the pieces of literature I have images of. The originals are still with the owner. I was fortunate enough to discover the only known Welz production literature in late 2014, after about 7 years of initial Welz research.

When I was provided the documents, my website had been active for around 5 years and I had documented quite a bit of Welz production. That production had been identified starting with a very small case in Passau, and some examples shown in Truitt I.

Although my research had been met with criticism from a small crowd of critics, what the literature discovery showed me was that my methodology I used for research was very effective, as approx. 80% of the pieces shown in the production literature were shapes and decors I had already identified without the use of a paper road map.

So what do I know about this piece of Welz production literature, and how do I know it?

How is this information known to me? It is information provided by the granddaughter of Franz Alois Welz who lives in a town in the southeast region of Czechia (Czech Republic). The literature, along with an assortment of other historically significant documents were inherited through her grandfather, Franz Alois Welz.

The 2nd image above is an image which matches actual production shapes to the production literature. In some cases in the same décor, and in other case, in a different Welz décor. There are still 2 examples which have eluded me for the last 5+ years.

In addition to these important production pages, I also received copies of the following historically significant documents. I am likely among a very small crowd of people that have ever seen any of this Welz family archival material, and having it shared with me is a great honor.

This is a partial list:
Floor plans and the containing portfolio for the Welz production facility in Klostergrab, built in 1894.
Mining maps indicating the use by year of coal on the family’s coal mines Anna and Emilie.
A map of Klostergrab showing significant locations such as the graveyard and main streets.
A mining map of the area showing all of the coal mines located in the region of Klostergrab.
An image of a Cameo glass vase Welz produced and owned by the family. (I have never seen one in real life, only an image)
A copy of the Gold Medal certificate awarded to Franz Welz in 1910 at the Brussel’s worlds fair.
Geological surveys of the region indicating the location of coal and other materials in the entire valley at the foot of the Ore Mountains.
A hand written family tree with the starting date of 1668 and beginning with Heinrich Weltz. (the original spelling) The family tree ends in the 1930's.

All of these materials were previously unseen outside of the Welz family.

The added image matches examples of decors shown in the literature to actual colors of the decors on glass. In some cases the shape and decor are the same as the literature image. Where that is not available, I have matched the decor in the image to an actual piece of production in the same decor.

Color fade on printed images is generally not something that fades specifically because of age. Fading is generally the result of exposure of the printed materials to sunlight, in which case the UV content of the light fades the inks. The color shift in the production literature examples seems to be minimal considering the paper is a little over 91 years old.

I would also be remiss if I did not point out that apparently Welz literature is too old and faded to have colors accurate enough to identify glass, but Rückl literature of the same period apparently used fade resistant ink on archival papers (not really)...... so it is apparently a great tool for the same activities....... The hypocrisy of that is absolutely breathtaking.

The following claim was made in the comments in this post.

"Of course all our paper documentation has been manipulated to increase the detail and color with image software..... and to make it a more useful tool. Of course you never do that either." (Actually, I generally try to avoid manipulating images like this)

I have replaced the 1st image above. The top of that image is the one I used in this post at the top, which was enlarged in size to make things larger, but not manipulated as to colors etc. The bottom image is the untouched image of the actual scan of the literature I was provided by the granddaughter of Franz Alois Welz.

As can be seen pretty easily, the colors and brightness etc of these two image are the same. The only difference is that I increased the size for visibility of objects and print.