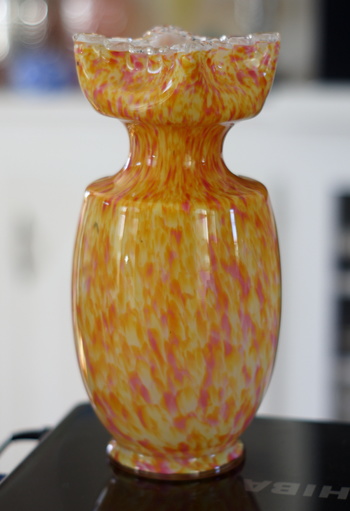 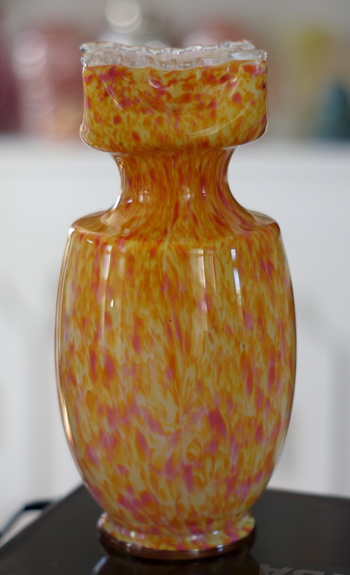 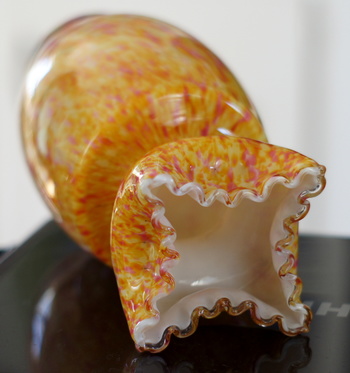 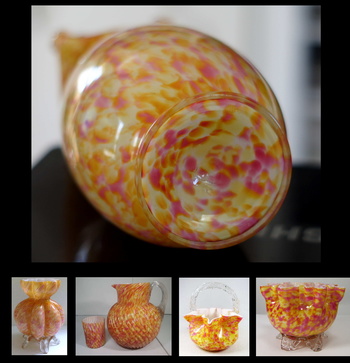 The latest addition to my Welz collection is an example in a Yellow and Pink spatter. This décor is found on a number of shapes solidly linked to Welz through a handful of decors.

Historically, Welz production pieces are generally more on the smaller size than larger. This example, standing at 10.5 inches tall, and measuring 5 inches in diameter at the waist is on the larger size of their production examples I have encountered. The crimped rim is adorned with a ribbon of clear glass, and the interior of the vase is lined with white.

In addition to the base of the vase, the last image shows 4 well documented shapes from Welz which are found in this décor. These are certainly not the only other shapes which are found in the décor. The melon ribbed example has been identified in 18 Welz décors. The basket has been found in about a half a dozen Welz décors. The pitcher has been found in 15 décors, and the last piece has a Snowflake crimp rim, which to date I have only found on examples which can be identified as Welz, in decors which Welz produced.