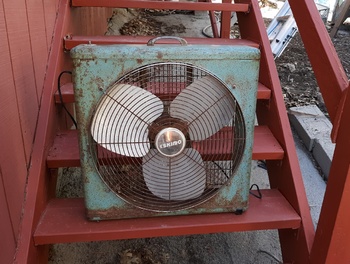 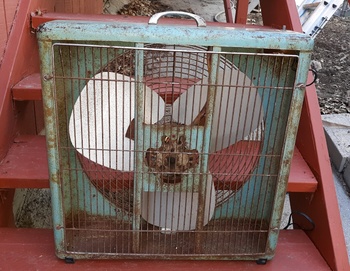 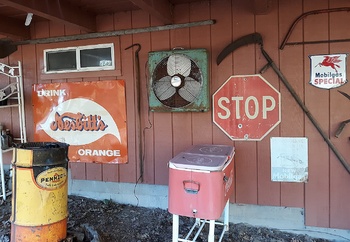 The motor is frozen on this fan but I liked the look. Thought it would be perfect for my under the deck area which I think it is. Spent the afternoon putting g it up and cleaning up the under the deck area. It had become an outside junk drawer so it needed some cleaning up. Now all the junk is in the shed in back but at least it is hidden.
The fan is rather large. It is almost 2 feet across . I think it weighs about 20 pounds perhaps more. I had it on top my cart at Long Beach and it was rather awkward due to the size and weight
It is an Eskimo fan which means an Al Bersted product. That means it was sold at drug stores and 5 and Dimes. These were lows cost products not known for high quality but large amounts of them survive today but this one not so much. But it looks neat.