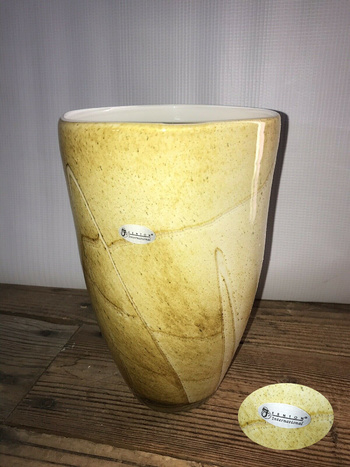 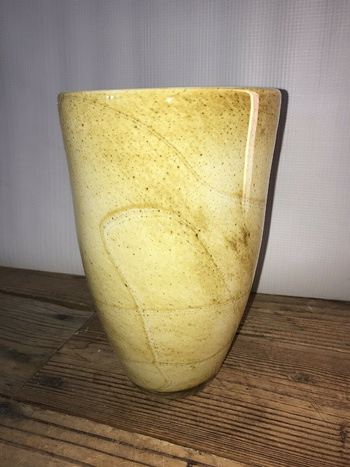 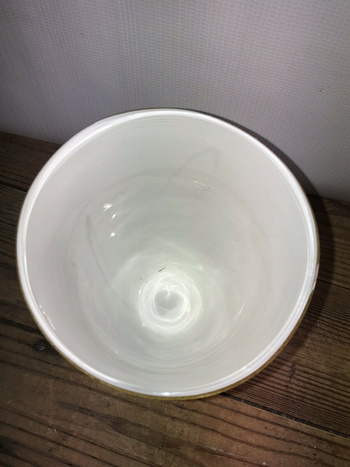 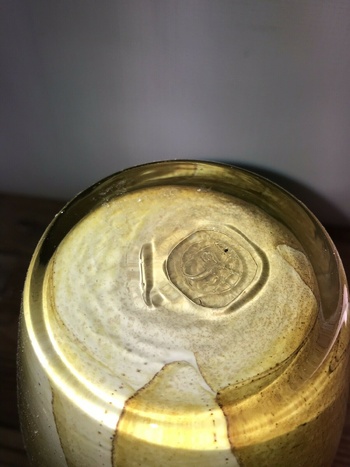 This vase is 8.25" high x 5.25' top diameter x 2.75" bottom diameter. It is cased glass with white, brown and clear layers. I had never heard of "Fenton International" before I found this vase. In 2008 Fenton split their offerings into two lines, Fenton USA (made in the USA) and Fenton International (imported). As far as I have been able to determine art glass in the Fenton International line was made in China with a Fenton logo on the bottom. This vase appears in Fenton's 2009 catalog. I have read that Fenton contracted with Teleflora to provide these vases as florist ware, but they were also available in their gift shop. I suspect that not many total pieces were made in their International line. If nothing else, pieces from this line are an interesting look into the eventual demise of Fenton's art glass lines.

I contacted Fenton to ask about the Chinese glass factories that manufactured glass for Fenton and got the following reply from one of the Fentons:

"We would always work through agents and although we would visit the factories the specific names were handled by the agent. Much of the data was in files that no longer exist but I can give you some examples:

The anniversary glass was done in the Shanxi Province around Taiyuan and it was done in several different factories as they had problems with our quality requirements.

The cranberry glass was done in a factory along the North Korean border.

The fused glass was done a couple of hours west of Shanghai.

Sorry I couldn't be of more help. " 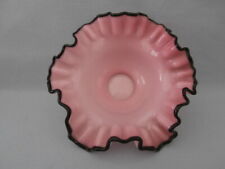 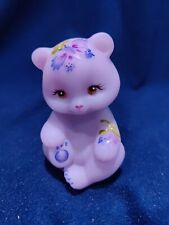 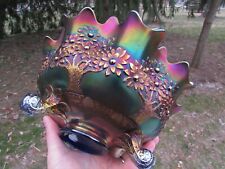