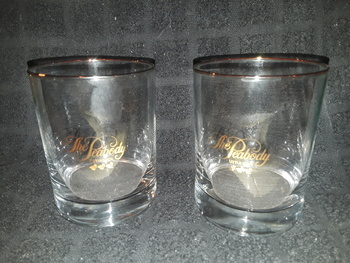 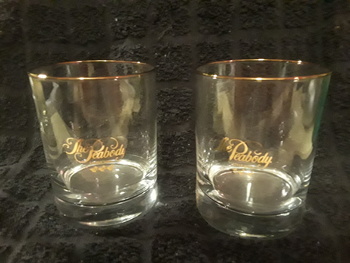 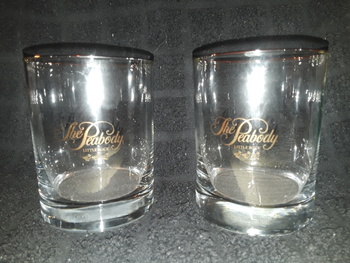 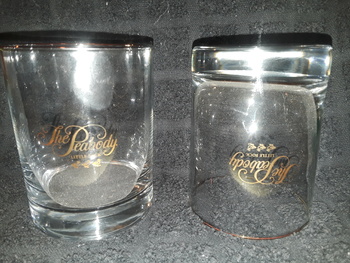 The PEABODY HOTEL was one of Little Rock's premiere hotels for a little over a decade, until several years ago when (as such things can tend to do) it was rebranded and now exists as a Marriott property instead. The original PEABODY is a historic property in Memphis, TN which still remains in operation.

PEABODY HOTELS (including ours here, while it was in operation) feature a "duckmaster" and "duck walk" every morning and afternoon, where a group of Mallards are ceremoniously paraded through the hotel lobby to enjoy their afternoon in the centerpiece fountain there.

This pair of cocktail glasses are branded with the PEABODY name and signature '3 ducks' logo in gold lettering on their fronts, and a thin gold accent on their rims. Their thick bases are unmarked.