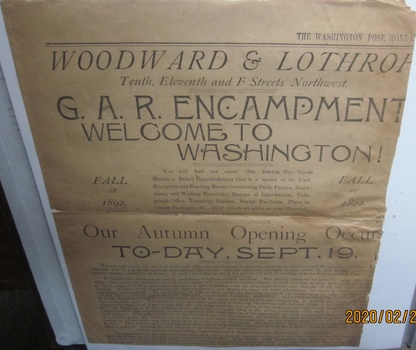 This old newspaper ad welcomes GAR Civil War Vets to the 1892 Washington DC Encampment!
The store was Woodward & Lothrop, near Tenth Street downtown, and people called it "Woodies".
This store was open for almost a century mostly near this site. This was a full service department Store.
I came here as a customer several times with my parents, but don't think that I came in 1892.
I ain't that old!