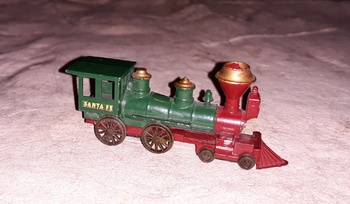 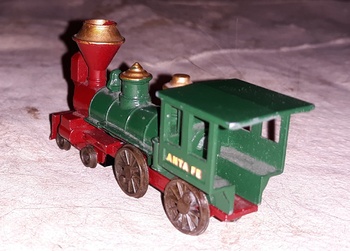 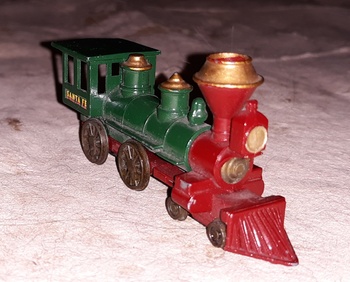 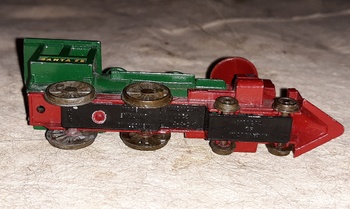 Running out of M words but on with Matchbox Monday. In the long ago Matchbox had some locomotives in the Models of Yesteryear line. This is the classic 4-4-0 American as seen in all the westerns.
4-4-0 denotes the wheel arrangement which is known as the Whyte notation system. This one have 4 leading wheels and 4 driving wheels with no trailing wheels. This was a very successful design that was used up until the turn of the century when locomotives got much larger and less colorful. Although I am partial to the later locomotives myself this is a neat little model. It is also a much smaller scale than the standard Yesteryear. Scale on this is 1/112 as opposed to 1/55to the car models. This one is about 3 1/2" long. It's a bit more narrow than the standard Yesteryear but still good.