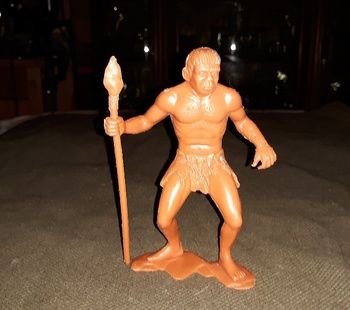 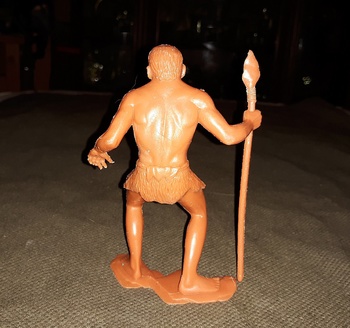 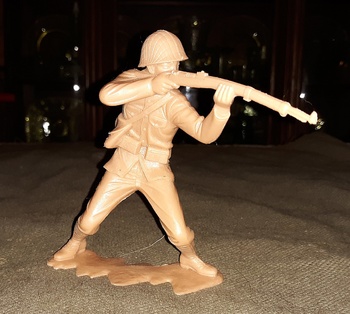 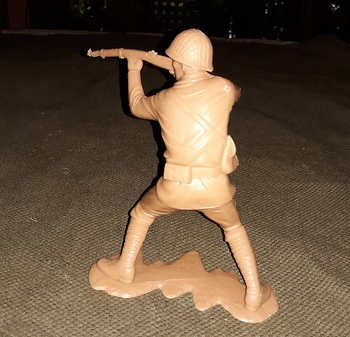 These are actually about 5" tall but they are called 6" figures. Marx made smaller figures like these for their playsets and decided to make larger ones in the 1960s. So these are basically toy soldiers but bigger. They had everything from Romans, to cavemen, to WWII, to Monsters to Astronauts.
Both of these are high quality with good detail and animation. Animation being the suggestion of movement. Sadly my flash washed out some detail but I am getting better at it.
The caveman in the smaller versions had many prehistoric creatures to interact with but the 6 inch version had none. Unless one had the Flintstones Hunting Party dinos put they were rare. Both of these have the date 1968 on them in roman numerals. That is a bit complex as that does not meant that was when it was made or when the figures were first cast. The dates were changeable and changed when Marx felt like it.
The Japanese soldier had plenty of foes as in US Soldiers and Marines. He probably got shot a lot. But they did make accessories like pillboxes so that is something.
Don't relax yet as I have plenty more to post.