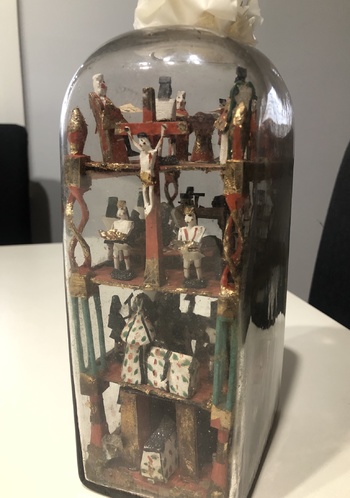 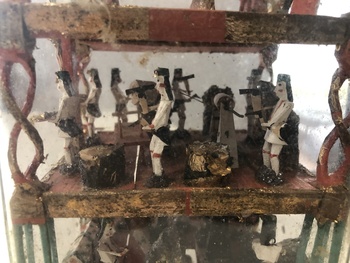 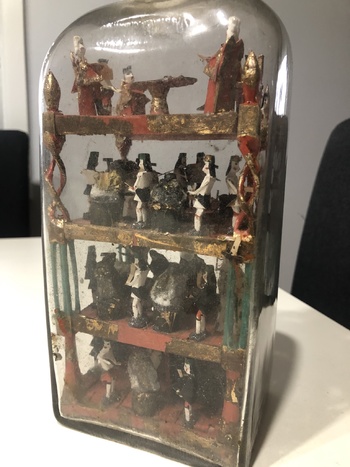 Hand Made by a Prisoner from the Austrian Hungarian Empire in the late 1800’s. The figurines were tested and were made from bread. I was told that the bottle shows his journey in prison to the day of his execution.
Stands at approx
25cm height
11 x 9 width

The bottle was sitting on top of a cabinet until Nov 1944 - Budapest was heavily bombed. The bottle tipped to the side. A small stone had moved.
There it was shipped from a mother to her son in 1981 The man (son) who had kept this bottle was born in 1937, In 2018 it was my 50th birthday. He had signed over the bottle to myself to look after. The bottle is believed to be Italian and the figurines tested which were made out of bread.
**************************
Thank you Blunderbuss2 for your comment, I didn’t know they were called whimsy bottles. On this link it appears the oldest one the collector dates back to is 1750-60 ( resembles my piece) if any one knows a collector who could confirm the year of my bottle please let me know. Thank you
See:
Interval 3.25 min
https://www.marthastewart.com/911189/collectable-whimsy-bottles
Thank you