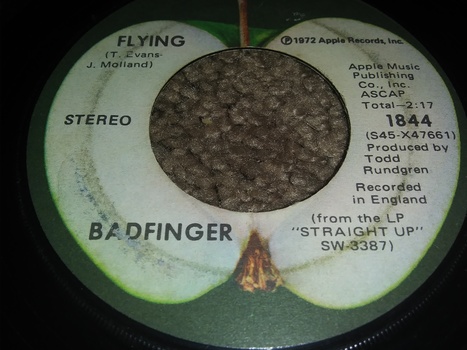 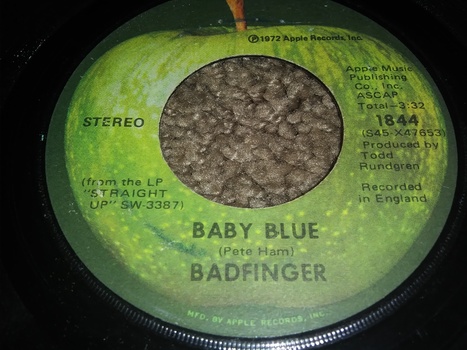 From Swansea, Wales, It is The band Badfinger.
Fronted by Pete Ham and Mike Gibbins, they began in the early 1960s as a group known as the 'Iveys'.
They soon formed a relationship with The Beatles, who signed Badfinger to their own Apple Record Lable. Badfinger would make five albums under the Label.
One of those discs, 'Straight Up', from 1972, came the single, 'Baby Blue' and the ditty, 'Flying', on the flipside. This single was a early release for Apple of another group besides The Beatles, the Lable was newly formed.
This was recorded in the U.K. and Labled England.
Mr. Todd Rundgren Produced this for Badfinger.
Other Bands with their own Lable that recorded others?? Here is a Sample....
Led Zeppilin..Swan Song Lable
Herb Albert..A&M Records
Rolling Stones..R&S Records
And A Few Others....