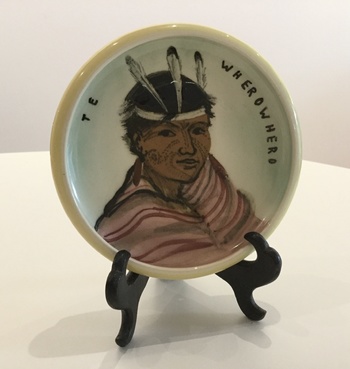 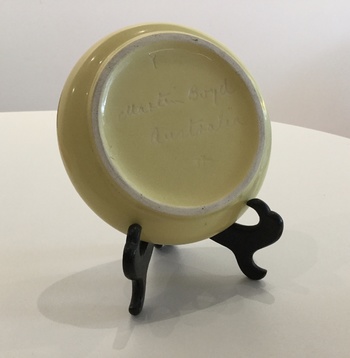 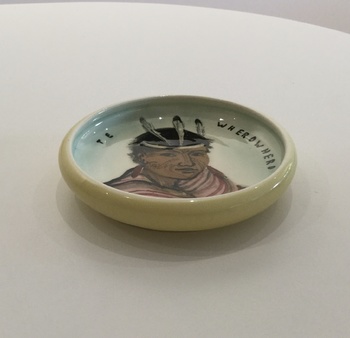 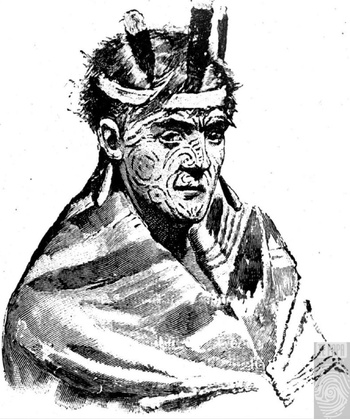 Found this Martin Boyd small dish earlier this week and I knew it was different because of the NZ subject matter. I knew that MB did stuff for the NZ market but in forty years this is my first Maori piece. A little research led me to an image that the MB artist had used for the portrait. I just have not been able to find out where the original image comes from. Any help would be appreciated.

Te Wherowhero, or Potatau was the principal chief of all Waikato.

There are only two images I have seen on the net of the first Maori King ‘Te Wherowhero’. One is a 1847 painting by George French Angas and depicts him as a man in his fifties. In 1844 Angas spent four months in the North Island of New Zealand.

The other is a drawing that seems to be a much later drawing of Te Wherowhero but as a young man. Both images have him in full moko.
But the second image seems to be the one used by the Martin Boyd artist to create this image of ‘Te Wherowhero’. I’ve included a copy of it too for reference. So far I have been unable to track down the origin of this drawing. On many NZ sites the George Angas portrait is used. But there are a few sites that prefer to use the other image.

Te Wherowhero was born towards the end of the eighteenth century and died on June 25, 1860.

Potatau I is said to have been over six feet tall and was the most famous of the Maori warriors of his time. Te Wherowhero means ‘red man' and it’s believed that he was given this title as he was the first among his people to wear a ‘scarlet blanket’, regarded by the Maori peoples as a great treasure in those early days of settlement.

The fourth image : ‘This work uses data sourced from Te Papa.’ The Museum of New Zealand Te Papa Tongarewa is New Zealand's national museum, located in Wellington. Known as Te Papa, or 'Our Place', it opened in 1998 after the merging of the National Museum and the National Art Gallery.