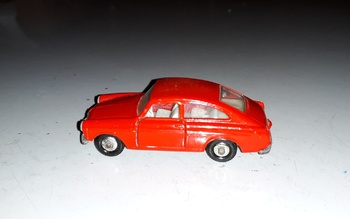 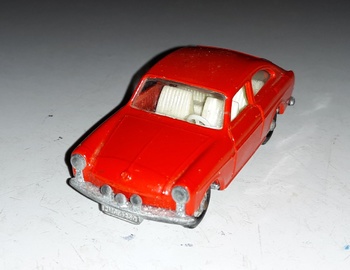 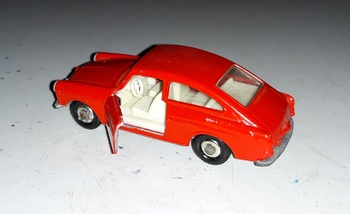 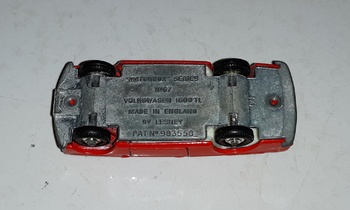 A fancy version of the VW Bug, also known as the Volkswagen Fastback. This model was also sold in the race and Rally gift set. It has those extra lights in the front for that rally look. Here they would be fog lights and most likely be on a truck.
This model has the features of the late 60s Matchbox models which would be detailed interior, opening doors (others had hoods or trunks) and Auto Steer. Also the simulated suspension system. They moved more like a real car with those two features.
This model was released in 1968. According to my usual source it was converted to Superfast in 1969 but I think that was 1970. It isn't Superfast in my 1969 catalogs. In 1970 it turned purple and best not to speak of after that.
I think this is a model that has aged well. Probably one of the better ones they made. Perhaps due to it being a slightly larger scale due to the actual vehicle being small. Lots of detail on this model and it was an excellent choice as it is a classic vehicle.