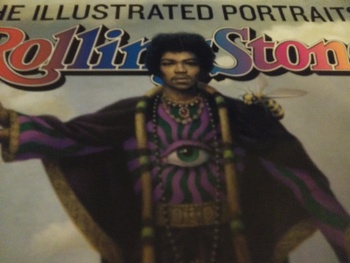 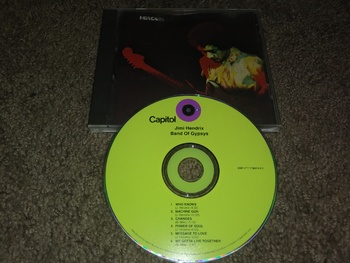 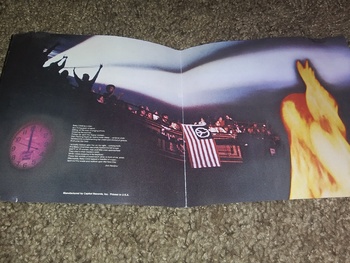 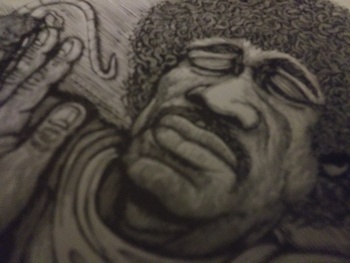 On New Years Day, 1970, Jimi Hendrix, for the first time without his group 'Experience', performs a Live show at The Filmore East in New York with a different group, A Band of Gypsies. It would be one of his last big shows. In the early autumn of that same year, Jimi would leave us due to a drug overdose at the age of 27 years old.
The Show at The Filmore was recorded and released later as a Live disc.
Jimi stays away from his well known dittys at the show that he performed with The Experience. No 'Purple Haze' or 'Hey Joe' here.....
1). 'Who Knows'
2). 'Machine Gun'
3). 'Changes'
4). 'Power To Love'
5). 'Message Of Love'
6). 'We Gotta Live Together'
A Mere six songs.....
FOOTNOTE: The images you see are from a Special hardback edition of Rolling Stone filled with over 200 pages of artists done in parody illustrations that have appeared in their magazine throughout the years, Titled, 'The Illustrated Portraits'. Issued in 2000..Hmm..20 years old allready..It may pop up again in another 20 years here on CW as a collectible..You Never Know....Remember the items we wish we would have kept in the day..if we only knew now what we knew then......??

Compact Discs or CDs
See all