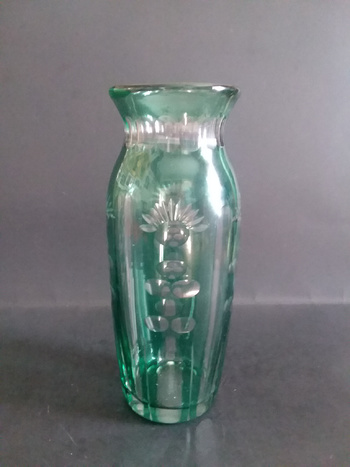 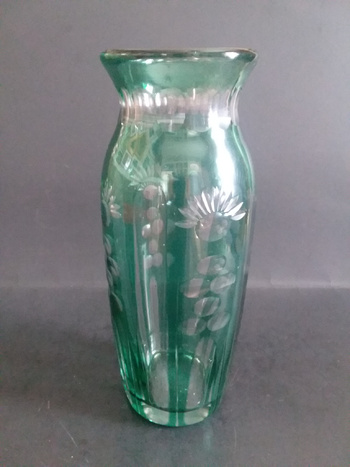 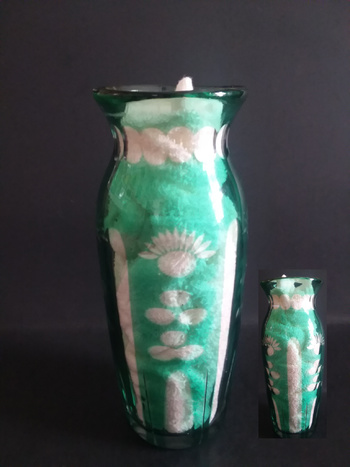 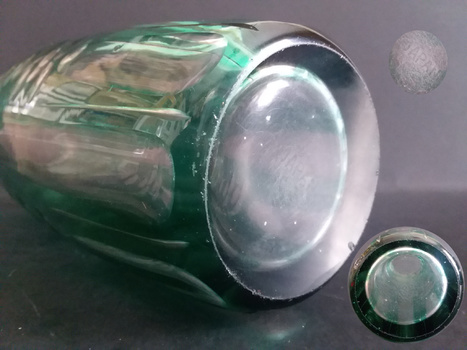 This vase is about 8.5" high x 3.5" diameter. "JAPAN" is acid etched into the bottom, which is concave. It has a very thin layer of green glass cut to clear. Not sure if this rises to the level of Edo Kiriko. Probably not. A lot of Japanese cut crystal was exported before the 1990s, much I suspect, copies or interpretations of crystal from Europe. The quality of this vase is not great as the top is a bit wonky and there are a few inclusions and bubbles. The cutting work is pretty good, though. This vase is part of my exploration of Japanese cut crystal from the 1950s-1990s. This type of Japanese crystal is pretty inexpensive. I suspect much of it was made by companies like Hoya and Sasaki, but that is just a suspicion, as yet unverified. It probably just skirts the lower level of Japanese art glass.