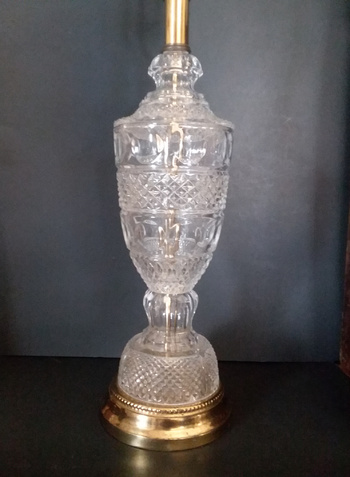 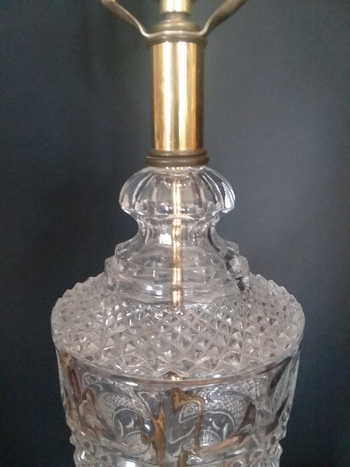 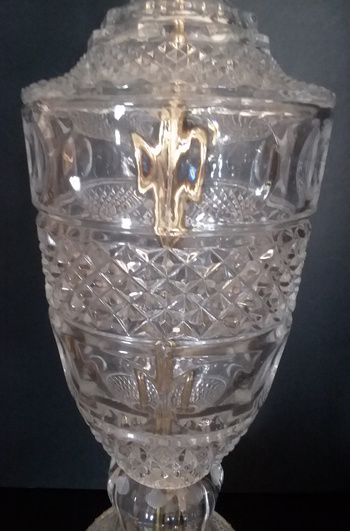 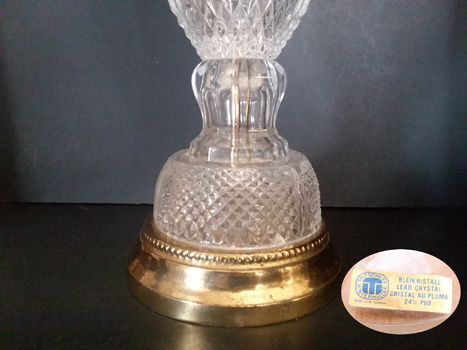 This TW& CO crystal lamp is 29" high, base to finial, 18" base to bottom of socket and 6" wide at widest. The lamp is molded crystal with a small amount of hand etching. The workmanship on these lamps is of very high quality. I found one of these lamps in a thrift shop maybe 20 years ago and then, about 10 years later, I found another one in another thrift shop in a different city. I have never been able to identify the maker and these are the only two examples that I have seen of this particular configuration. Recently, however, I did find a labeled lamp which had the identical metal base and bottom and top crystal sections. The middle section was different. The rest of the hardware was identical, too. Many makers of similar lamps mixed and matched the components to make different versions of their lamps as did this maker. I was able to find very little information about this maker, and though one business tracking site claims the company is still active, I can find no other mention of it after the 1980s.

Tritschler Winterhalder and Company was founded in 1842. It was located in 1893 at Voithenberghutte in the region of Bavaria about 222 miles (357 km) South of Berlin. There are numerous mentions in records in the late 19th and early 20th century of the company's production of laboratory glass. There are also several mentions of distributors of their products in American cities during the same period. When T. W. & Co. started to produce fine crystal is not apparent. All labels that I found read "W. Germany", so the company may have stopped production before 1990 when Germany was reunified. 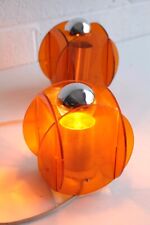 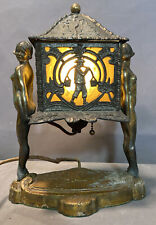