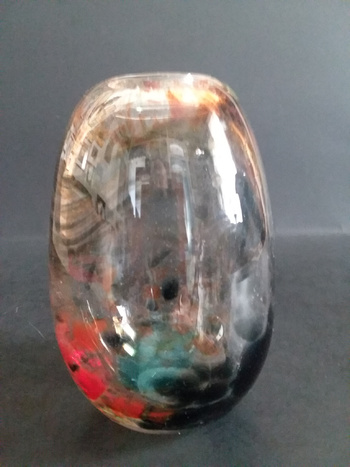 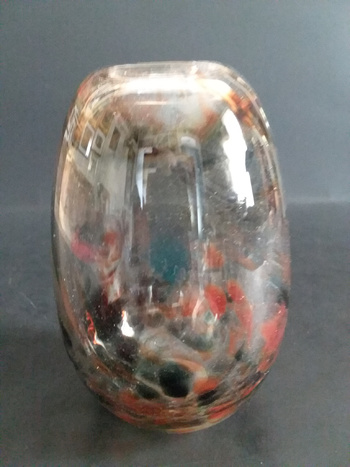 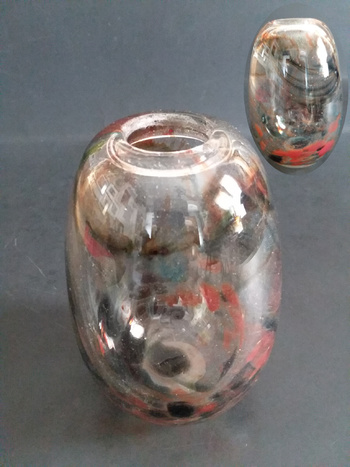 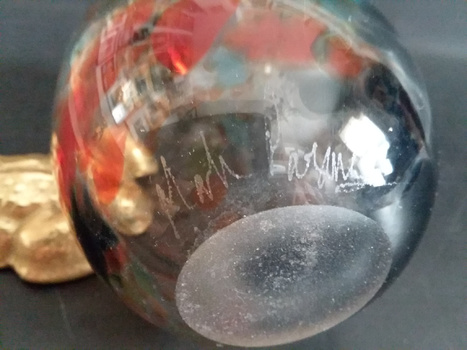 This small vase is 4.5" high x 3" in diameter, by Mark Bokesch-Parsons. I have had this little vase for quite a few years. It is quite well done with interesting splashes of color. I found this in a thrift shop in the city where MBP attended University for his MFA, worked and resided from about 1990 until at least 2013. It is a modest piece and atypical of his later works which are good sized multimedia abstract sculptures for which he is best known. This piece is not dated, but could have been something generated during his MFA work or studio work made afterward to "pay the bills". He maintained a studio in the area for well over a decade.

https://www.wheatonarts.org/mark-bokesch-parsons/ (Probably out of date as it was written in 2003)

"Mark Bokesch-Parsons was born in Birmingham, England in 1967. He came to the United States in 1990 to pursue a Masters of Fine Arts Degree at Illinois State University in Bloomington/Normal, Illinois. Thirteen years later Bokesch-Parsons is still residing in Bloomington, Illinois where he operates a modest sculpture studio and teaches studio arts and art history at a local college. His artwork, which focuses on the investigation of the human form, is metaphorically autobiographical. Bokesch-Parsons chooses to place his figures in settings that are inclusive of natural, landscape or architectural environments to suggest positioning and a sense of connection. During his artistic career he has established strong working relationships with many nationally recognized galleries and he is represented in numerous private and public collections in both the United States and in Europe."